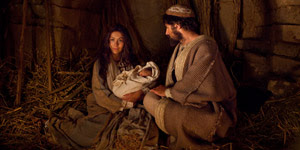 Now just hold there a minute.  It is indeed winter here in the northern hemisphere but a historical minded type might wish to indicate that Jesus more likely arrived in the Springtime.  I say this because one reason I wear a 'Bah Humbug!' hat is my antipathy towards historical falsehoods and the facile jollity of the Christmas season.  Jesus came to earth indeed but what we see around us does not reveal him or his reason for coming.
Somewhere in the past a someone thought he was being clever in deciding to 'Christianise' the midwinter festival, a time of jollity, hedonism and many booze ups, this was supposed to clean things up.  What has happened?  Christmas has become a time of jollity, hedonism and many booze ups!  Scotland at least kept the two separate leaving Christmas as a quieter time and the booze and hedonism for the New Year celebration, both just a time to rejoice that Spring was coming once again.  Some like to call this the Roman 'Saturnalia' but for those in norther climes this event goes way back into prehistory when the shortest day of the year is celebrated, and who can blame them?  Tomorrow is the 21st and the shortest day and I am glad!  However Christmas has been placed here instead of Springtime so we may as well get on with it now.

The need to attend a census in Bethlehem Josephs family home meant a long walk to the south for the Nazareth based pair.  Christmas cards may show romantic drawings of a woman on a donkey led by a caring husband but in truth if they had a donkey, which I doubt as they could only afford the cheapest sacrifice after the birth, if they had a donkey the man would have sat on it, she after all is only a woman.
Once at the destination the pair would have arrived at the family home seeking the patriarch and somewhere to have the child, no 'Inn' as they did not exist however the region does contain rock that is porous which leaves many caves often used even today as barns or stables.  It is most likely Jesus entered the world there.  Out of the way from the family members, probably overcrowded indoors so this would have been better for Mary rather than a mob in a building.  Mary herself may well have been merely 14 years of age as that was a common age to marry, Joseph probably around the 20 years mark, just as well no politically correct social workers were around to ensure she was 'kept safe' at the time.
It is however interesting that once the child was born and wrapped as was the fashion in strips of cloth and placed in the feeding trough used by any animals around, the 'manger' it is then shepherds appear.  These rough men, carrying with them the odour of country living as well as sheep, arrive to bow down to this child.  For the parents, one visited by an angel, the other informed by dream that God was at work, this must have been quite an event.  Just what was going through their heads as these men worshipped and departed singing praise to God?
As if this was not enough Magi make an entrance.  Forget three men on camels pointing at a star having travelled several hundred miles supplied by a pack of sandwiches and a vacuum flask of coffee, these men must have had a sizeable entourage with them, donkeys, camels, servants all hanging about outside.  This happened during the night, a time when people stayed firmly indoors, so it is no wonder no others noticed.  First shepherds bowing to the child, then gifts of Frankincense, myrrh and gold from people from the top end of society, the parents wonder must have grown.
Then their sleep disturbed by Joseph being informed to take the child and flee to Egypt.
What a night.  Two young people, a baby arriving is hard enough let alone when forced round the corner out of the way.  This is then followed by appearances of worshipping shepherds and Magi and the warning to run.  Egypt is a long walk from Bethlehem and these two must have been somewhat tired by it all.
Note that at no time did yellow arcs range over their heads in the stable.  No mention is made of other animals like donkeys or cattle, however they would at least make the place warm.  No sign of 'Hollywood' lighting all around or fancy camera angles as in the picture at the top, the nearest I could find to the real thing, no crooning carols, no 'white Christmas' and definitely no 'Santa Claus!'
This was the real world.
Today we see refugees in similar straits yet we often find the media implying they are scroungers, even if they have lost houses, possessions and family members through travel problems, war and death.  How many attend Carol services tonight yet would refuse an immigrant in need a bed?  how many love the 'magic of Christmas' yet ignore the reality of the God who entered with angel voices reflecting God's joy that salvation had arrived and would some years later be accomplished by a horrifying death on a cross for all who would believe?
The tinsel Christmas is not one for me, the real Christmas is deeper and harder and the choice it forces us to make one many run from to what they consider an easier life, one that fails ultimately. 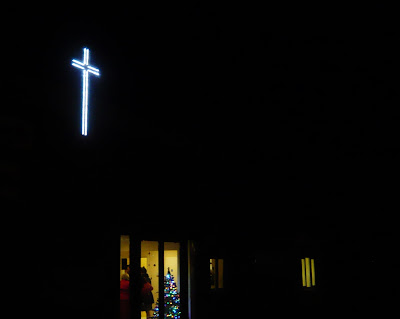 By the time I got to the end I had forgotten the beginning!

Now I think I'll pour myself a Scotch and start all over again! ;)