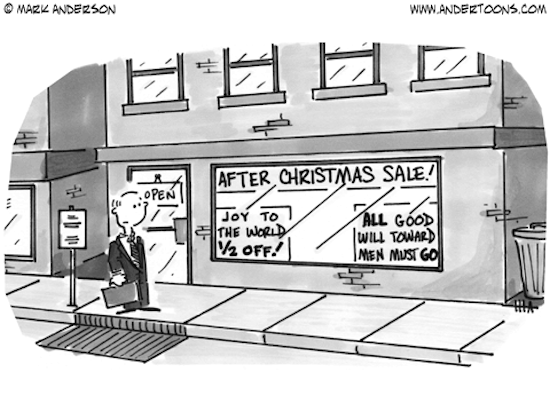 Possibly the most worrying thing today was the weighing machine cracking under my feet as I stood on it.  Being not so young as it once was it shows signs of strain, however loud cracking sounds followed by sighs of relief as I get off are not asked for.  I suggest it is broken and requires urgent replacement and I will look into this once I have eaten all the stuff in the fridge and begin my new diet again.
Well you see I bought stuff for Christmas and canny eat it all in one go can I? At least I couldn't yesterday or today at any rate.  The puddings are still in the cupboard and the Italian type cake is only half eaten.  Well I say 'half...' Anyway tomorrow I eat more veg and begin to fight the flab.  I even attempted slight exercise again, and slight is the word.
Christmas TV was poor.  I only found the Chris Tarrant Railways programmes worth watching.  All the rest was films and pap, the usual stuff.  Folks I could have been with this week are now watching 'Downtown Abbey' or whatever it's called, and have been watching several dreary films.  I could have been there grumbling at their TV but stayed here to grumble at my own.  Be assured had I had to watch that 'Downtown' thing again as I had to last time I may well have spoken out of turn!

Several radio programmes were worth a listen however.

Voices of the First World War, featuring men who saw the 1914 Christmas truce.  This truce was unofficial and took place in limited parts of the line. However it has received much publicity this year, somewhat 'over the top' in my view but worth a listen to the men themselves.

Desert Island Discs 300th programme.  Most who appear on this radio favourite mean little to me but this man turned out to be a real gem and worth a listen.

With Great Pleasure, items chosen by Ian Hislop.   An interesting insight into Ian and his choice of readings.  Usually this is a good programme whoever is on it.

The rest of the time I just watched football when I could find it!

Oh and my 17 year old great niece sent me a pullover. 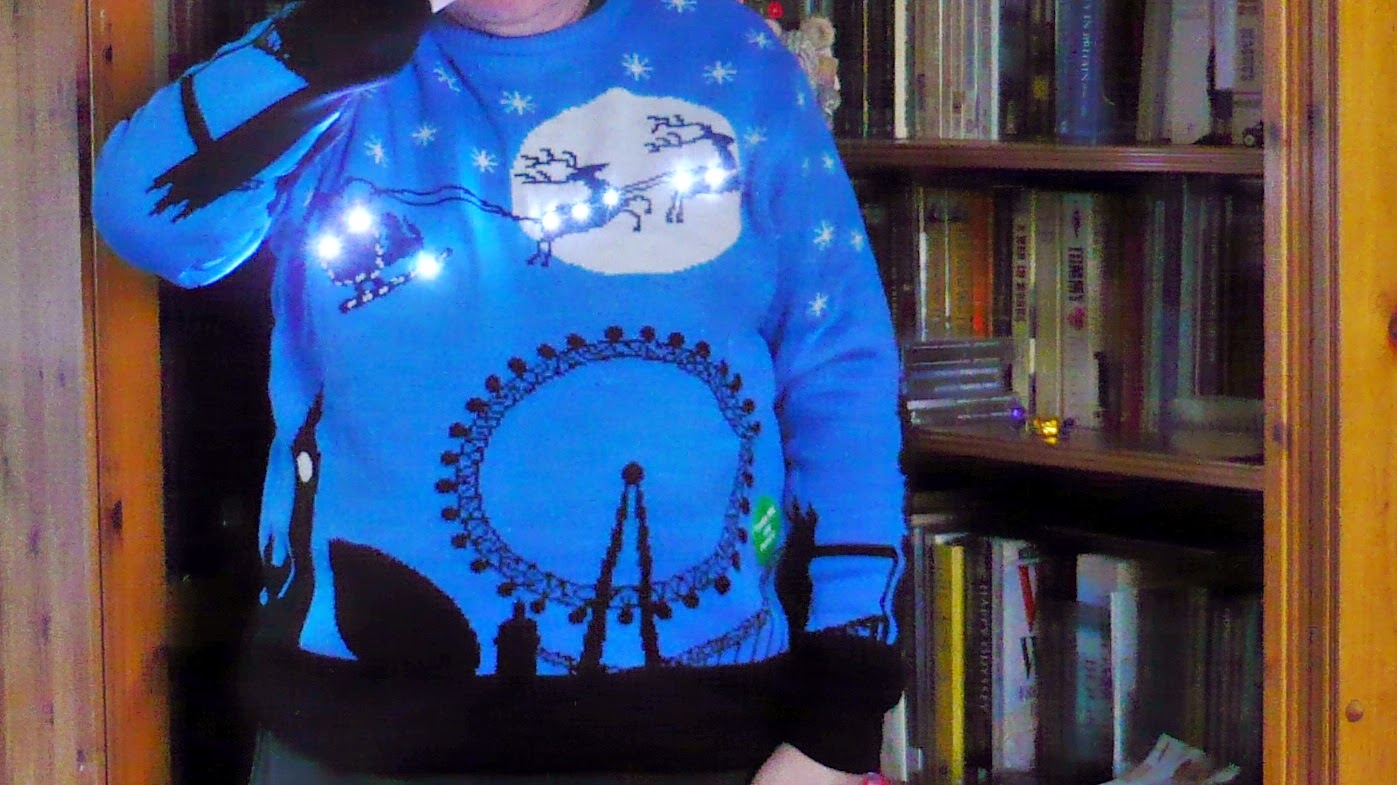 Spectacular pullover...and just think, wearing it you can go out in the dusk without having to use the bicycle lamp...not to speak of all the fun you'll have as people flee from your path screaming in terror...

See, now that is what is missing from a Down Under Christmas ~ special Christmas sweaters that you can live in for what two weeks at least?

Fly, People fleeing while screaming suits me, but if you think I am wearing this outside...

Carol, You can live in this one, but I think I will hide it myself!
Just wait till I see those women....!