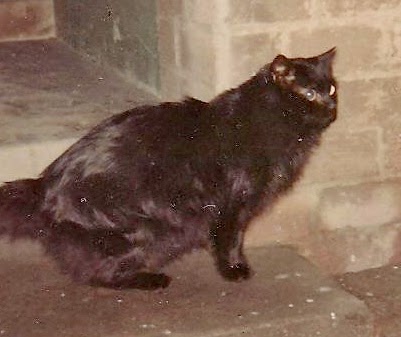 Today, as promised, I gave myself over to exercise.  The weight must go and I ate healthily and exercised moderately.  I am now hungry, feel weak and ache all over.  My weight stays the same.  I suppose five minutes is not enough but it is the first time for a couple of months my knees have allowed me to do this.  I could not have done this last week.  Cue cries of pain...
I also wandered out a couple of times to look for happy smiling faces like the ones you see on adverts. None could be found.   Just where do all those sparking teeth go I wonder?  Billions of people strode manfully about pretending they knew what they were doing.  Most will be disappointed as this little town has few shops worth Christmas buying in.  My smug comment last night referring to having 'done Christmas ages ago' to a lovely lady allowed her to remind me of all she still had to do!  I did not mention the fun she gets for children, grandchildren and seeing happy faces, she might have bitten me. You know what women are like.

Cats are like women, their logic no man can understand.  This half Persian, half factory cat arrived as a kitten when my brother in law brought it home from the BMC factory.  It proved at that time to much for the kids, they were too young to appreciate it so it landed on us.  My fingers still have scratch marks from the brute!  It grew with its own personality, demanding tea when we all had one and wishing to run outside to check the land at one in the morning.  When the kid stayed with us she drank weak milky tea and one day we saw the cat drinking from it.  Eventually that cup became the cats and when we had tea a milky half cup was placed at the emperors feet so he could join in. A withering glance resulted if this was forgotten.
In those far off days the street lights were not that bright, adequate for the time as the traffic was much less.  Today zebra crossings, lights, flashing colours and bright beans illuminate that street while the traffic hurtles past non stop.  So much quieter here in the backwater.  However the cat wished to examine his patch.  I would find him sitting on top of me punching my face at half past one. This meant I had to get up, unlock the door, wander down to the back door of the building, open that and allow the brute to step outside.  This he did reluctantly while he perused the darkness.  Eventually, after a short eternity, he would race of round the corner of the building, I would close back door, open the front one and find him half inside the door staring into the dim light. Satisfied his kingdom was still there we returned to bed and sleep.
Today I would shoot him!

I noticed the film 'The Great Escape' was on one of the channels the other day. It has become so important to have this drivel shown every Christmas.  I much prefer the real story than one with Steve McQueen overacting.  All the channels have lined up vast amounts of mediocre dross for the season. Hopefully the radio will not disappoint.

Ahhh....now the Christmas spirit has really, finally, engulfed me! Your good mood spreads far - across oceans and through the ether, Mr. Ad-Man! I cannot escape its wide-reaching tentacles!

Hmm, all of this time I thought that your trouble was stopping too many balls with your fact while goaltending, and now it comes out that it was taking too many kitty-punches to the head! How did I get it so wrong?

The Alsatian usually wishes to leave the building at 1.30 am to inspect his surroundings...occasionally he finds something interesting so I go back to bed.Perish the thought that his lordship should stay out, however. His return is marked by eldritch howling under the bedroom window which sets off the rest of them and extracts the lamb from his lair bleating - or more accurately - bellowing his displeasure.
Sleep? What's that?

Cats definitely live in their own parallel world. When we had cats they didn't enjoy Christmas. They used to go off somewhere and hide! Still, they were willing to eat up the leftovers.
Have a good Christmas,my friend!

Jerry, I told you she was a half factory cat!

Fly, You make me laugh, but your beasts don't wake me up however....

Jenny, Cats will always eat leftovers, before they are left over!