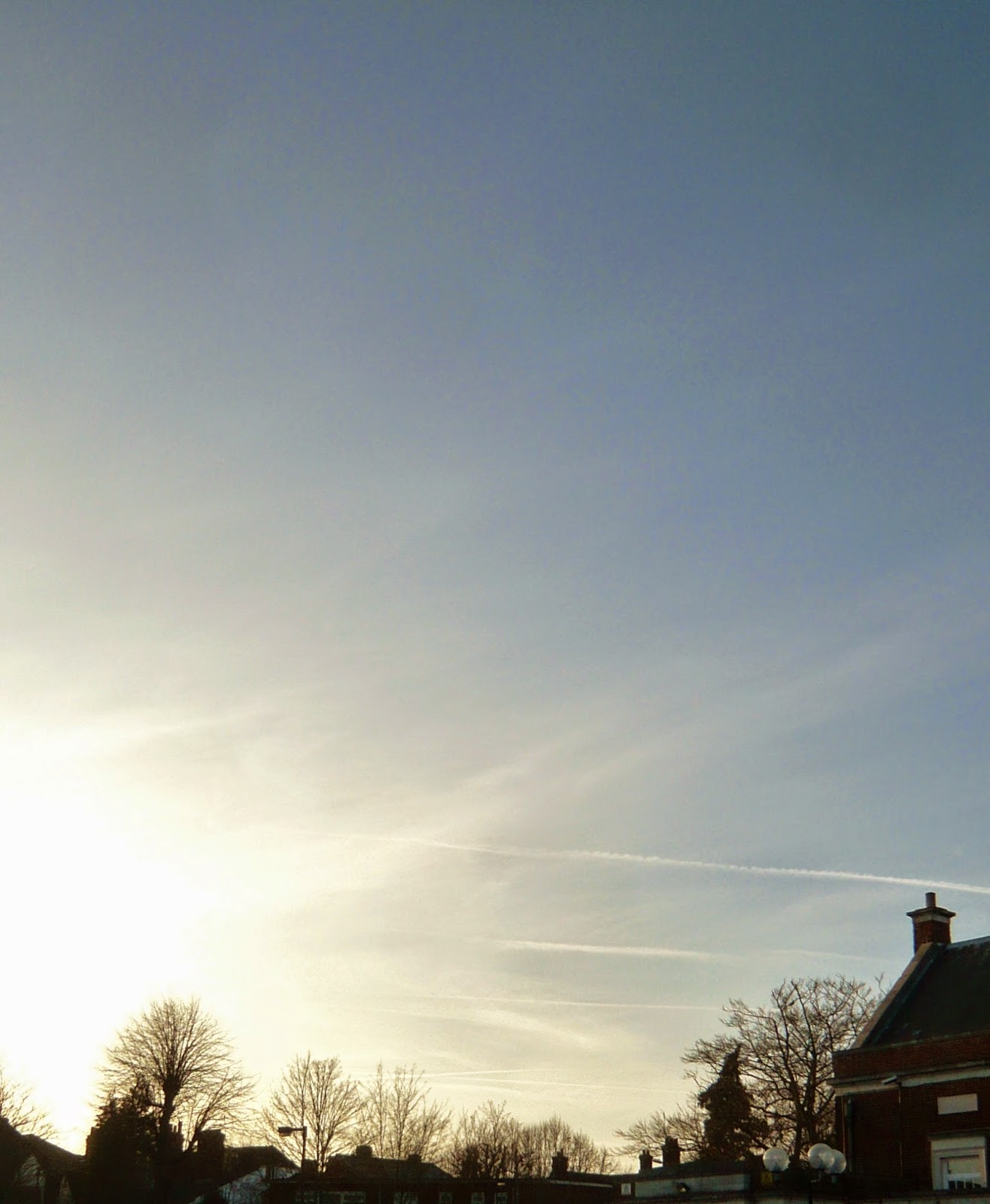 Having spent some time in the morning rubbing whale oil all over my lithe muscle bound body I ventured out into the land of Nanuk.  Here I discovered the world returning to some sort of normality.  Some of the populace had work to go to, some went to work, others crowded the supermarkets desperate to refill the larder in spite of eating enough for the entire population of a small country over the past few days. The grumpy faces once more showed themselves, the kids trundled new scooters, bikes and other overpriced treasures and I merely passed amongst them unnoticed, at least according to all those who walked into me and carried on without apologising!
Nothing happened otherwise.  The after Christmas, awaiting for New Year days are pretty quiet. The politicians hide away counting their expenses, run of the mill news is slack and even the sad tragedy of another airliner disappearing does not fill the news services timetables.  A fire on a ferry helps but sadly for them almost everybody escaped.  Poor reporters, how hard for them to fill their pages and hour long broadcast slots.

One sad news item concerned a lass who died.  This woman suffered Multiple Sclerosis, a horrible disease that kills you after around 20 years of suffering, and she had gone to court in a bid to prevent her husband being charged if they went to a place abroad where she could commit suicide. She won some degree of support from the judges yet sadly passed away today naturally I believe. Now one of the diseases that Maida Vale dealt with when I worked in that hospital was MS, and at the time I worked there my cousin, a physiotherapist who worked with Raith Rovers and Dunfermline football clubs, also contracted this vile illness.  He died years later, a fit healthy active man in his forties reduced to being trapped in a wheelchair.  How he and his wife coped I know not.

However the point is should people be allowed to assist others to die?  It is tempting to jump to a, shall we say emotional conclusion, and say yes!  End their suffering if they wish it.  However I would worry that such a decision cannot always be taken by someone confused and desperate under sickness and drugs.  I would also worry that such a right would easily lead to the removal of old folks that some no longer wished to care for, and that can be distressing, or those who wish to inherit Uncle Joe's vast fortune.  I caught a report on the radio claiming that such a law exists in the Netherlands today and there indeed have been problems caused by such events.  Peoples wish to die often forced upon them by others for whatever reason.  A difficult situation but in my view to open to abuse by many.

Having had to sit down and fan myself at the thought of the whale oil operations I cannot but agree with you on the assisted dying problem...my husband could trust me as I could trust him...but who does the survivor trust?
Or the old person who 'doesn't want to be a burden'...a view encouraged by the surrounding family...

A very hard one, this. I am not sure I know the answer. I think perhaps people should be assisted to go to Dignitas in Switzerland, as the best compromise.

It's is a difficult subject, but I know that I don't want to end up a "vegetable"...being a burden on all and sundry.

I would prefer being allowed the right to end it all, my way, on my terms, at the time I chose.

And if I found myself in such a position and was able to do something about it, I probably would do so myself, rather than put the load on someone else. That would not be fair...

Yes...it is a very difficult subject...and a very personal, individual one.

Fly, Whale oil used to be available from Granton harbour, you should see the fuss when you ask for it now! It is a difficult situation re dying folks.

Jenny, Not sure if Dignitas are that reliable, but it is the pressure on folks to go there for others sake that is the worry.

Lee, Indeed it is personal, but if the relatives around there is pressure.

I do so agree with you about assisted suicide. But - my mother, in pain from ovarian cancer and blind, just wanted to go to sleep and not wake up. She had no life worth mentioning. My cousin is wheelchair-bound with MS, is in constant pain, but still enjoys the radio and reading. And my wife has a condition similar to MS which will, eventually, render her completely helpless. I sincerely hope she will never ask me to help her to die as there is no way i could do it.

BP, I so understand where you come from. The suffering of the sick is often less than that off the relative. My sister had such cancer, and it effects are still with me. MS is just horrible.

Whale oil? I thought it was whale blubber.

As for ending our days. The act should simply be decriminalised. The argument about being pressured into can equally be applied to how families already take money from elderly relatives or abuse them in care. That is a social issue that needs to be addressed. Respect cannot be legislated for or against.

Mo, It may well be blubber, but I was blubbering too much to care in the cold wind.