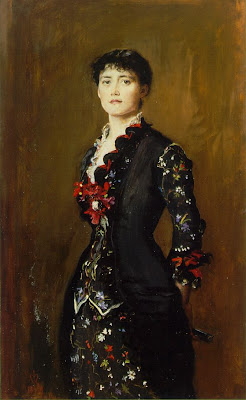 I love portraits. Once upon a time when I had friends I used to attempt to become another Karsh or Snowdon. It was not to be however I did enjoy it and have a few snaps that I like. Those portrayed often did not like the pictures funnily enough, and this became worse for them when others cried "Oh that's just you!" Funny how we rarely like to see ourselves as we are. Women especially are like this because they will see only faults, and usually faults no man will see, faults they expect another woman to notice, and faults which in the end do not actually determine whether she is worth anything or not - the personality outshines all cosmetic faults.
Some men share the dislike of seeing themselves. This has less to do with the cosmetic side, shout "Hoi Ugly!" to any group of men and most will turn round, then point to their mate! However if the male has an image of himself, good or bad, and the picture reminds him of this, or indeed corrects his assumptions,then he feels attacked and reacts in the time honoured male fashion, he gets either violent and yells blue murder, or he sulks like a nine year old. (By the way, I have no pictures of me on view!) None the less photographs of ourselves will continue to be taken and the rich among you may well have an oil painting or two on your wall of yourself or a loved one. This is actually a good thing because in spite of you being you people wish to have a record of your existence, something the minority in history could possess.

My failure to make the grade is not equaled by Sir John Everett Millais. He became one of the foremost portrait painters, and he was not even a Scot! Louis Jopling was a well known portraitist herself and modelled for this picture. Millais then gave her the portrait as a gift foe her son, his Godson. As a leading member of 'Women's suffrage' she was clearly a troublemaker, although when she applied for a commission (worth £150) she lost out to Millais himself, who then earned £1000! Well she was just a woman after all!

Read about both, they sound admirable, and rich, people. Then study their pictures and take photos of those around you!
Posted by Adullamite at 19:13:00

I have often wondered if the husband had something to do with how a portrait of their wife came out in days long past. For I have seen so many where the lady of the house appeared to be rather homely, which is being quite kind. This is clearly not the case with the portrait of the lovely Ms. Jopling, however.

Yes portraits are an interesting thing. Pictures, portraits, capture in a moment what you've been trying to hide for a lifetime... ;D