Now I am Not One to Complain but... 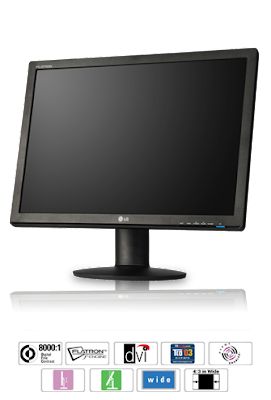 So I got up this morning, put on my happy smile face, and went out to meet the world. A glance at the 'To Do' list was greeted with joy as I had forgot to put anything down. Using this as an excuse to do nothing I ate breakfast and browsed the papers online. As I noted the Glasgow Mafias desperate attempts to attack George Burley I also noted a birthday on the calendar! Yet another nephew needing a card and demanding cash within it! That is the second birthday this month, and it's only the tenth! Jings there's another on the twentieth! So with my breakfast spoiled I went out to deal with this situation. However unknown to me trouble was brewing! 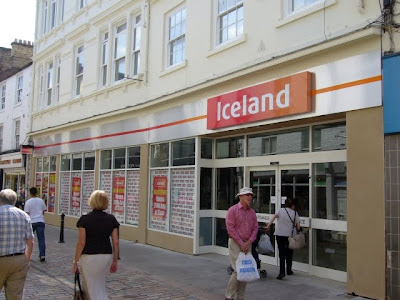 Yes a supermarket! This one has just taken over the 'Woolies' that closed recently. Today it opened, without answering my offer of employment with them, and foolishly I entered. I admit I was still half awake from my late breakfast, and I rather stupidly walked in looking for 'Mince Pies.' As the store had just opened it was full, how full, and how badly organised I soon found out. The idea of carrying a basket/pushing a trolley without hitting every single person in the vicinity did not appear to strike most of the females and many of the men in the shop as important. I have stood in a football crowd of more than 137,500 and felt safer! I am reading about 3 Para serving in Afghanistan in 2006 and believe this would have been a better option than 'Iceland!' Eventually I gathered a few items and headed for the queue to find I was already in it! Those folk browsing the shelves were doing so in a line, a long line, and I was at the far end of it! Around a decade and a half later I reached the checkout! Several billion people, ten thousand trolleys, four buses and a herd of Buffalo had barged us aside as we waited, and then at last we saw the girl at the desk. We might have been quicker but the attempt to place her goods on the counter by the blonde was taking a while, discussing what Mary had been doing at the club meant she could only place one item, with one hand, at a time in place. GET A MOVE ON BITCH!!! Before she packed her bag she had to spend several eons looking through her purse before deciding to pay. It may surprise you to know I was frothing at the mouth by now, and not because we were in line with the special offers on booze! Surely 'Magners' is cheaper than that in Tesco? On top of this the main reason for the staff sloth was the Iceland 'Bonus Card.' Every single person was asked to fill in a form and collect a card! WHAT!!! How slow is this? Half of them cannot write joined up and the rest take for ever! Three women had collapsed and died of old age by the time I collected my goods, 'No! You can shove the Bonus Card dearie!' I then carried on for the birthday card, one that was by now at least a year out of date! 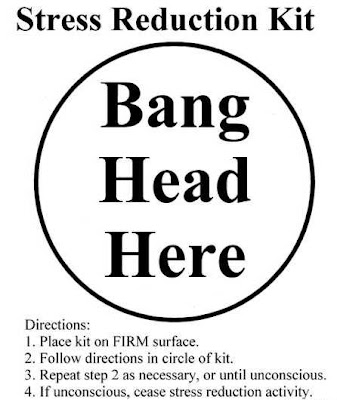 It was when I got home things took a turn for the worse. The monitor has been giving problems recently in that it would not switch off. Today it suddenly decided to not switch on, or at least it came on but went bye bye after ten seconds. Much cursing and pushing buttons convinced me the PC was OK, but the monitor was dead! I stared at the bills lying beside me, and the kind note from the bank about being over drawn, I keep that with the two letters from folks asking why the direct debit has not been paid, and somewhere in my head a light went out. There was nothing for it but to visit Tesco, they being the only place to buy such devices quickly. They had one, I took it. As I passed I thought I would acquire a new indoor TV aerial as mine is poor and needs replacing. Money, who cares now? Back home I first thought about the TV. I had not used the telly all day, I was avoiding the arrogant English 'We will win the World Cup' cobblers that was on every channel. After careful placement, and some tinkering I know have a new TV aerial that doesn't work on Freeview at all! I realised how Napoleon felt when an aide whispered, 'Blutcher's here.' Getting up from a prone position on the floor I set to with the monitor. After a comparatively short time, about half a lifetime, it now works and the PC is up and running again.
I would smile about this but I have yet to work out how to tone down the brightness which is burning though my retina! Still, wearing dark glasses, I continue. 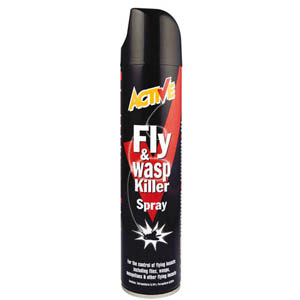 Oh and as I sauntered out to Tesco's I decided to fly spray the abode to remove the sudden influx of flies. Whether this was caused by the milder weather or the slackness in clearing the rubbish this week i dare not say, but I suspect the latter. So I sprayed each room, closed the door and windows and left. Since returning I have been attempting to fix the aerial and monitor all the while breathing the stinking stuff! The windows are open, and I am freezing as the north east wind is now bringing air that should be at home in the Faroe Islands comforting cormorants to my desk! Of all the times to have a north east wind? Have these weather people no thought or consideration? It's a disgrace! 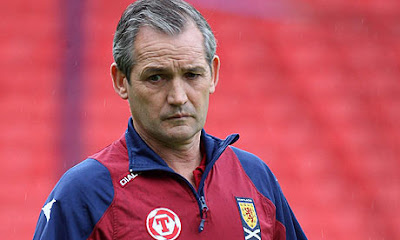 Quite how I manage to keep such a smiling appearance during such days is a wonder to me. Especially after another glorious Scotland defeat last night. For a while I actually thought we were about to achieve our goal, but naturally with old fashioned Scots ineptness in front of goal, we failed. However I still think Burley did well to fight the Glasgow Mafia, the SFA stabbing him in the back, Several Rangers players doing likewise, yes Chris Boyd, I mean YOU! Most players gave their all for him but the press will make sure he is removed. I may be a little bit cynical sometimes, but I reckon the new man is already in place, and he, gasps of astonishment, will be one of the Glasgow crowd! To top it all the day started with an early postal delivery. The postman, obviously one of my old friends, was keen to chat for a moment and I realised why as he made his way back to the vehicle. 'Up the Dutch' he cried, smug grin on his face, and drove of satisfied. I bet there was a fight to see who could deliver that packet this morning! Bah! I'm off to bed!
Posted by Adullamite at 20:48:00

Well Graham that's brightened my Friday. Quite made me forget the aching hip-arthritis not an old war wound! Not to mention the snail pace Internet and the fact that my postman doesn't speak to me.

We get drive by postings, I think they want to run off before we get a chance to look at our bills.

You put on a happy, smiling face? I didn't see this reported on the news...

English boasting about winning the next World Cup, come on we've only been doing it for 43 years. Give it time and we'll tire of our new fad.