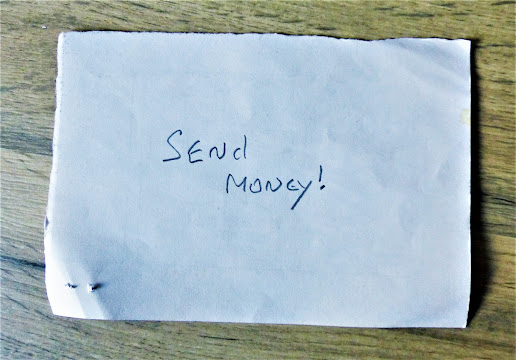 Browsing the 'Daily Mail' on my expensive (for me) mobile phone I was irked by the constant adverts at the bottom of the page as well as the large ads in between each and every story.  The 'Mail' has always included 'advertorials' on the page as it likes to make money and is happy to lie to the readers.  Such subliminal advertising is something I abhor and wish it would cease.  It is always possible to be caught out by such sleekie behaviour and end up losing money, and that would never do.
The items I read in the 'Mail' were little different from what I used to read in years past, the schools have problems, blame the teacher unions, shock, horror naked woman story, 18 pictures inside, Boris fumbling but avoid the issue (the editor does not like Boris but canny say so as his readers do), and an item on healthy eating, if you are rich enough and can find such things in the supermarket as Brexit has stopped them arriving here.  I could not go on, finding something worth reading bar football in the media is very difficult.  I have become quite intrested in the 'Byline Times' however, not an easy read, they use lots of words, but it employs journalists for the most part.  Worth a try even when you disagree with them. 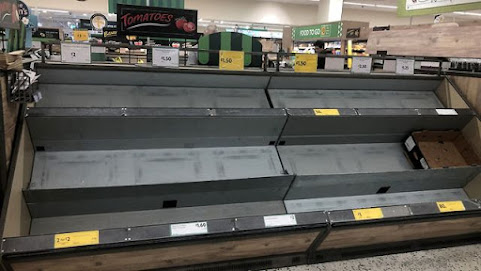 New European PA
The success of Brexit has been revealed in supermarkets everywhere.  No veg!  The Northern Ireland Tesco had to dump oranges as by the time the delivery got through the paperwork the goods were days old.  All went into the skip!  I made a mistake last time I was in Sainsburys, I did not buy all the tinned veg I could carry, that may all be gone by now.  Empty shelves, angry fishermen, angry farmers, and Bumbling Boris not knowing what to do about the virus, it all adds up to another year of Brexit suffering ahead.  If you have a garden grow your own.  I might start planting potatoes in the park opposite. 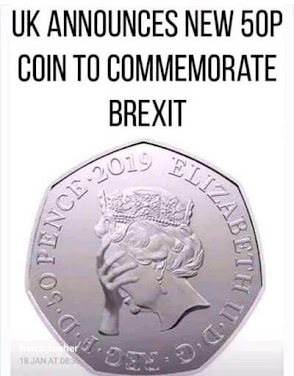 Thanks for the link....looks interesting.

Apparently fish supplies broke down in France according to friends there...

Is it really difficult to buy vegetables for you? Suppose it could be if people are hoarding. That coin, we need to have one similar in the USA, maybe our quarter with George Washington doing the same.

Kay, EU Lorries will not come here as the customs time and paperwork adda greatly to the cost and ruins the veg. l will find out in the morning what is left.