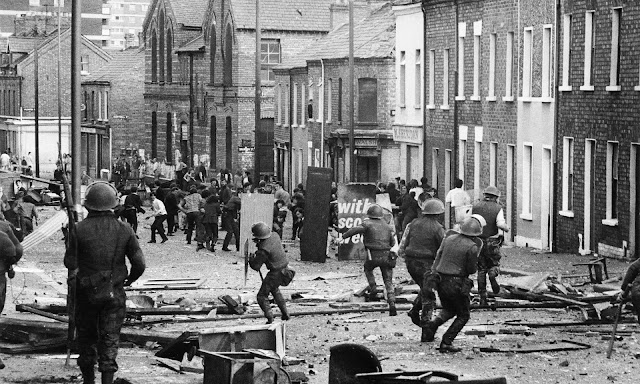 The 'troubles' in Northern Ireland that erupted in 1968, ending around 30 years later, still leave heavy scars both on Ireland itself and those who became involved there.  The rioting, including gunfire soon after the beginning, soon led to the much unwanted deployment of British troops to police the area. No government wishes to deploy troops on the streets but clearly the many armed IRA men, soon replaced by the far left and more dangerous 'Provos' and then the various armed groups opposing them required strong action to provide what safety was possible in town and village.  A great many police officers, soldiers and civilians as well as the terrorists themselves died or were wounded during the needless struggle, today many suffer trauma still from these incidents and wounds.
The media, that is Rupert Murdoch's vile 'Sun' reported the police in Norther Ireland (the PSNI) were investigating anew the killings by the British army.  This has been taken up by the tabloids also and one 75 year old has been brought to court concerning the death of an alleged innocent civilian many years ago.  The media claim is that some 500 British troops may now be handed court cases for action in the past.
A few days ago Theresa May who masquerades as a Prime Minister informed the House of Commons that there would be 'No witchhunt of our troops.'  The 'Sun' story appeared soon afterwards.
The British army did kill 302 during the 'troubles' but as has been stated by the PSNI the majority of killings during this time, both in Northern Ireland and the UK as a whole, 90% were committed by the Provo IRA.
On inspection the PSNI make clear that the 'Sun' is shit stirring again.  Ten years ago a committee was set up to investigate all deaths in Norther Ireland, this group were considered to be failing in their duty and the PSNI took over the review of all deaths.  They maintain that all killings were to be investigated not just those by the British Army, this appears to be more sensible than the media story led many to believe.  However those who served in NI during the 'troubles' question why the Tony Blair 'Peace Process' which ended the conflict for the most part allowed murderers from terrorist groups on both sides to walk free and many were offered 'Letters of comfort' assuring them that they will NEVER be prosecuted for their crimes, including murder!  The ex-servicemen who walked the streets of Belfast and Londonderry always with the knowledge that a bullet in the back or a roadside bomb could kill or maim them at any time wonder why they are not worthy of a similar 'Letter of comfort' while terrorists are?  These men carry the result of their wounds, the memory of men killed in action there and often with what is today called PTSD from the situations and sights they saw peacekeeping on was considered Britain's streets.
This nation has always treated ex-servicemen badly.  The physical pain is treated then ignored, mental pain hardly accepted even today.  Many soldiers sleep rough and have difficulty returning to a civilian life, the nation cares little, officially and unofficially.
It is time the nation as a whole, the devolved assemblies also, stood up for our troops.  It is time they were cleared of all wrong in similar fashion to the terrorist and ignore the Irish who still wish to attack our men while they walk free.  It is time proper medical care was available in the army, proper mental health encouraged and proper support, for life, for those who risked their lives to bring peace in difficult troubled areas.  Soldiers can do much wrong, without their actions however much more wrong would occur, should those who send them out not support them? 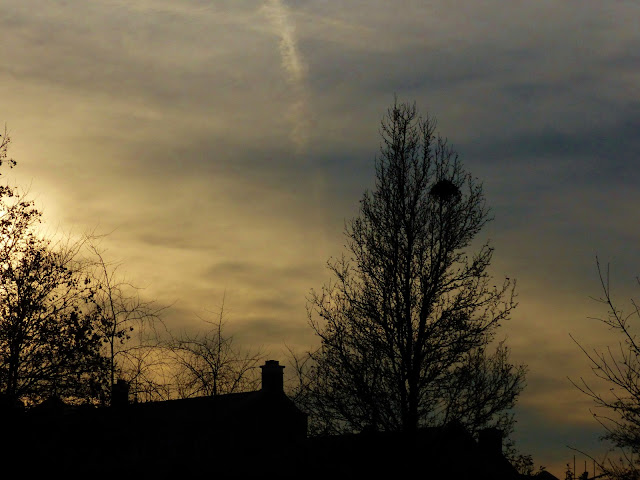 The mentality of the state with respect to members of the armed services has remained unchanged since the price of the blanket was deducted from the pay of the dead soldier buried in it.

Sadly this is far too often the case....everywhere...not enough is done to help those who have put their lives on the line; those who have lived in fear daily but have had to bury it deep within; those who have witnessed unimaginable things.

Lee, I am surprised the Aussies don't handle it better.