'Travellers in the Third Reich' by Julia Boyd. 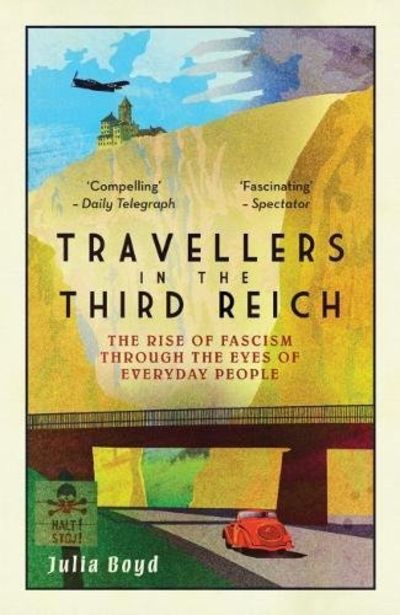 World of Books
This is an interesting book.  I must say I read this on 'Kindle,' as it was cheaper that way!  Actual books however, are easier to read as maps and notes can be turned to much easier.
Kindle however, is ideal for lying on your side in bed while reading.
During the 1930's a wide variety of people passed through Germany.  The country had been a popular holiday resort from long before the Great War, you will remember Jerome K Jerome's second book 'Three Men on the Bummel,' was based on a cycling holiday in Germany.  Even after the conflict many continued to visit a nation they enjoyed.  Some were ex-servicemen seeking reconciliation, some religious feeding hungry children during the 1920's, and there were plenty of them at that time, and others seeking peace during the 30's.
Once Hitler took control many continued to visit, either because they admired the obvious improvements such as the building of houses for workers, improved work to eradicate unemployment, and the purpose and stability which grew during the 1930's throughout the country.  Those who admired such things tended to downplay or ignore the other side of National Socialism.  Jews, some claimed, got what they deserved, others took a different view and risked all to save Jews and their children, an act which cost them money and could have cost them their lives.
From our perspective it was obvious what was happening, however, for those on the ground, including worldly wise and intelligent people, recognising what was happening around them was not easy.  The devil disguises himself in light and confusion when he operates!  Clearly many did not realise, until 1938, the depth of darkness around them.
W.E.B. Du Bois, a black American in his 60's loved the country and found himself welcomed across Germany.  An intelligent and wise man yet he found it difficult to understand what was actually happening around him.  Such was the difficulty under the Nazis.
English women married to Germans had a great deal of freedom, once they proved their Aryan background, and it is surprising how many were found, often working together, in Germany during the war.  A great many foreigners were in the country, usually from Scandanavian or European nations and with a great deal of belief in National Socialism.  Many died in action.  Women suffered the loss of their husbands in action, one decapitated when he was found to be sheltering a refugee (Jew?).  While the men were away they had to rear children, the German woman's job under Nazi rule, and eventually work in factories and fields.
The impression left is a nation totally under the control of one man.  The belief in him was strong, even after 1943 when it became clear the war was lost.  During Hitler's rise the nation put their trust in him, and those who didn't kept their mouths shut.  Obedience was all, and all obeyed.  This was the situation in the UK also under the war cabinet, however, in the UK complaints were loud and clear, obedience was for the good of the many and all knew it, while a huge number did not obey and rebelled when the stress was too much.  A very different kind of repression to that in Germany.  Belief in Hitler was strong, not always forced, and this allowed him to pacify the nation while building arms and planning to finish the Great War.
This book aids an understanding of how such control can happen without anyone noticing, and gaining support from the many, in spite of awful things occurring.   I found it entrancing, with the one problem that the author jumps from one person to another making it difficult to keep up with who is who!  Maybe that is just me?
I recommend this book. 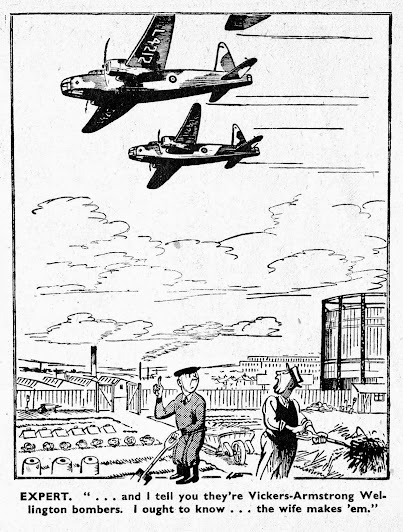 
Sounds as if that book has lessons for us now, when people support governments who are actually harming their interests.

I forgot to say that I knew a German woman who had married a British army sergeant and came to live in England.
She said that in her area Hitler was popular not just because of improving employment chances, but because after the Great War local Jewish owned banks had foreclosed on families whose menfolk had been killed or badly wounded in the war and were thus struggling even more than most under the inflation experienced under the Weimar republic.
It was fascinating to listen to someone who was there, who could tell you how people felt - and it shows how Hitler could enlist basically decent people under his banner.

Fly, The book is good, but not as good as your German woman. When young we met so many people but were to young to understand where they came from or what they may have been through. When older we did not care so much. When we wanted to care it was too late.