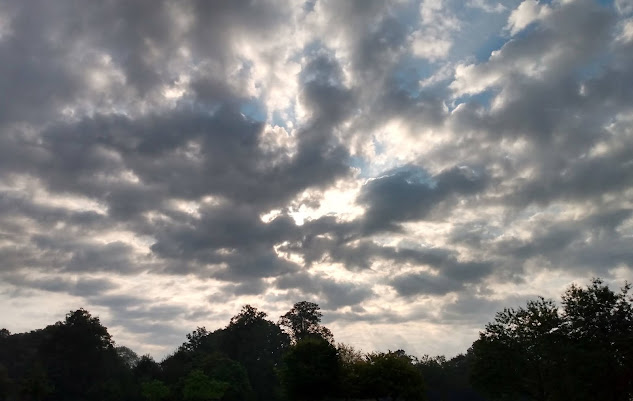 Hazy sun slowly lifts away as I ctoss the park this morning during my five mile jog.  'The season of mists and mellow fruitfulness' or at least something like that someone who didn't have to work for a living wrote.  I had fruit this morning, and again for lunch.  The early fruit came via the breakfast cereal the nurse has demanded I eat instead of food.  Sainsburys 'Blueberry Wheats' it says, though how much actual Blueberry is contained within is always to be doubted.  Much stress these days on 'power foods,' though cabbage is better for you, supplies all the same requirements and is considerably cheaper.  I had this cereal with Nescafe Instant Cappuccino, and I mean with Cappuccino!  I use an old very large mug which has long lost the handle for cereal, and placed this next to the coffee cup.  Blueberry wheats inserted in mug, milk added, kettle boiled, and I grabbed the scissors in my bleary early morn state, cut open the coffee sachet and placed the ingrediants into the cereal bowl!!!  There followed several minutes of struggle with a teaspoon to attempt to remove coffee from mug and place in correct mug while the mug himself invented new swear words to encourage himself.  Soon, I sat browsing the depressing online press while eating cereal tasting of cappuccino and drinking coffee filled with shreds of Blueberry wheat!  I then had to visit Sainsburys for more milk and cappuccino, hence the hazy foto, which is I found today is actually cheaper there than in Tesco!  That rarely happens!  Lunch was a tin of Polish Mackeral (cheap) with lettuce and the scrag ends of bread.  No coffee allowed near. 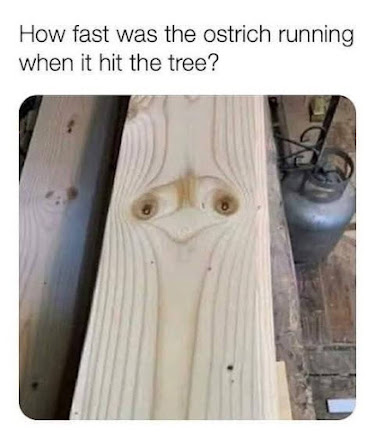 Does that nurse have shares in breakfast cereals?
I loathe the things....do you think the addition of coffee helped the lack of taste?
Mother was supposed to eat breakfast cereal...but after a few goes she said that only horses ate chaff and gave up.

Sounds like the new regime is going well. I was once told "you loose weight in the kitchen and not through exercise". Are you posting before and after pictures??

Fly, I used to detest the things but desparation set in.

Dave, Pictures? I would be arrested!