What is it about this Robin that he can work out how to get inside the abode but cannot find his way back out again?  This is the second time he has come fluttering inside.  Now remember that on one side of him is the great outdoors and on the other a dark interior of the room so why come inside when it is easier to keep in the light? 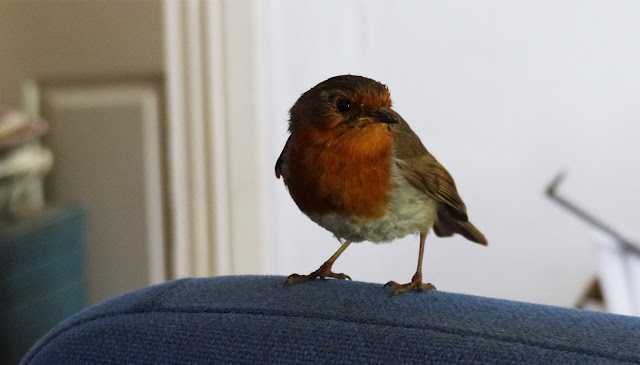 Anyhow he has once again entered and flitted around for a while glaring at me like it was my fault!
I did make it clear to him where the windows are located but he preferred to sit focusing on me in an attempt to make me feel guilty.  It failed.  I opened the lower half of the front window wide and this tempted him to sit high up on the plant that towers over the window.  Indicating the lower half being open got nowhere and the bird merely chose to sit on various perches and remain indoors.
Possibly he came in to inform me the feeder was empty, he has an effective manner about him. 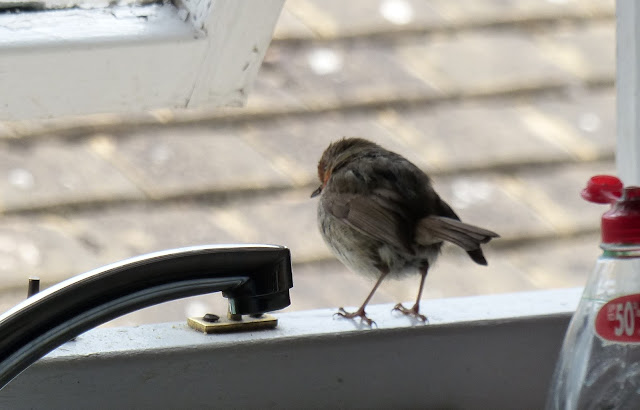 Satisfied he had put me off my dinner and interrupted me sufficiently he moved across to the open entrance and sat from a while pondering his next move.  I remain convinced this was an attempt to make me fill the feeder.  This was dutifully done and the Starlings have almost emptied it already!
Robin will be happy enough down below making a mess of my neighbours pathway while bottom feeding. 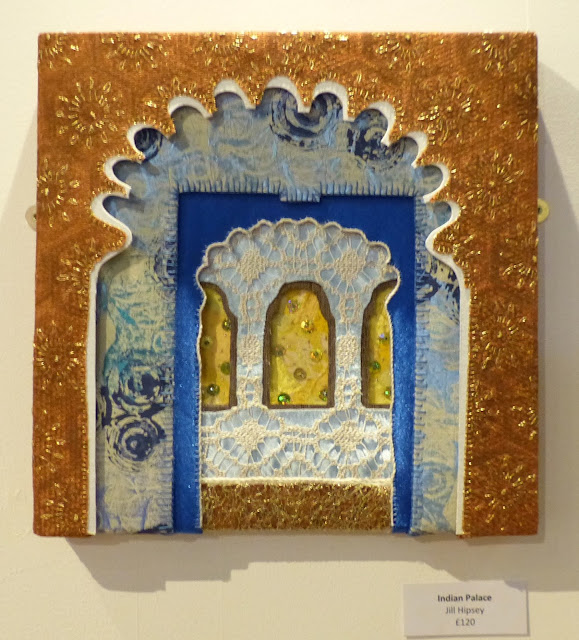 Today the museum was full!  Full of plumbers, electricians and occasional people come to see what was available in spite of it all.  One or two just came to buy things, insert sweet smile at this point, and one of my many suffragette bosses gave me work to do which made time fly as I kept wishing to be elsewhere. 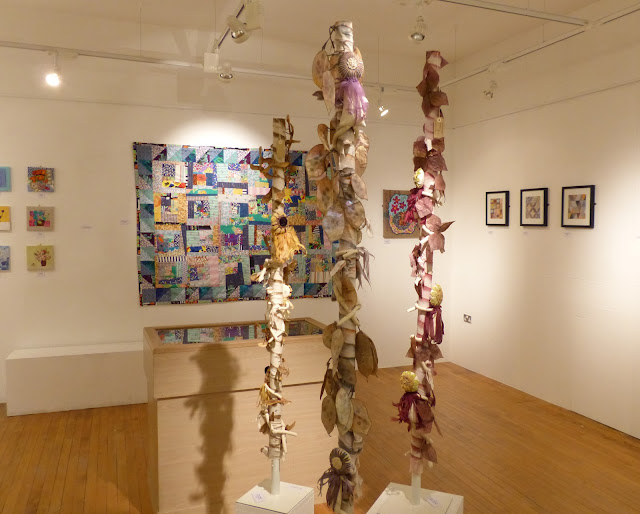 The second textile exhibition is a bit more 'arty' than the last one.  Some interesting items on show and a great many in the shop.  None sold today and I expect until the workmen have finished there will be too few in to view to aid selling the stiff on offer. 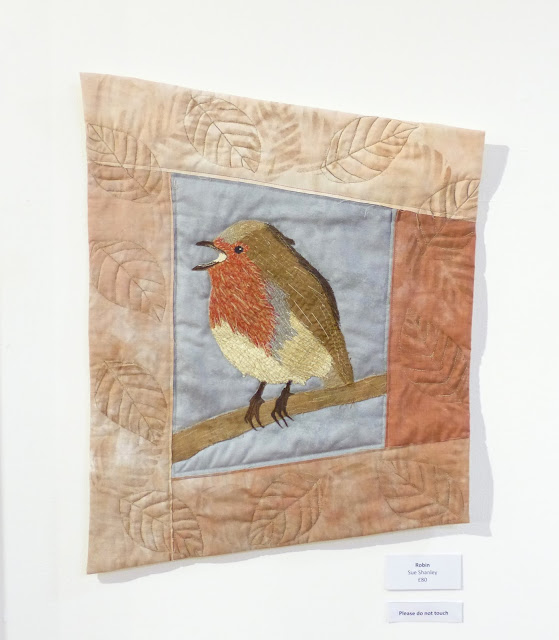 Look!  The brute even manages to get in here!

Look!  The brute's managed to come back inside yet again!  This time the window was not completely open so I have had another race around the mansion until he, though I am beginning to consider this Robin a she, until she flew out the way she came in.  Bah!

Humming birds come in and can't get out...I have to resort to stepladders and brooms to herd them towards the doors.
Flycatchers, however, buzz around at leisure....

Robins always seem happy with us humans. In a nearby nature reserve people hand feed them. I like it when there's a mutual trust between wildlife and us and hopefully not abused.

Fly, Flycatchers can serve a purpose. :)

Dave, Robins can be happy around us. Maybe this one will get used to me.

Love the photos of your Robin guest. I think it is a male but I could be wrong, the female has the same colors but just not as bright.
No comment now on that last part, you know what I mean! :-)