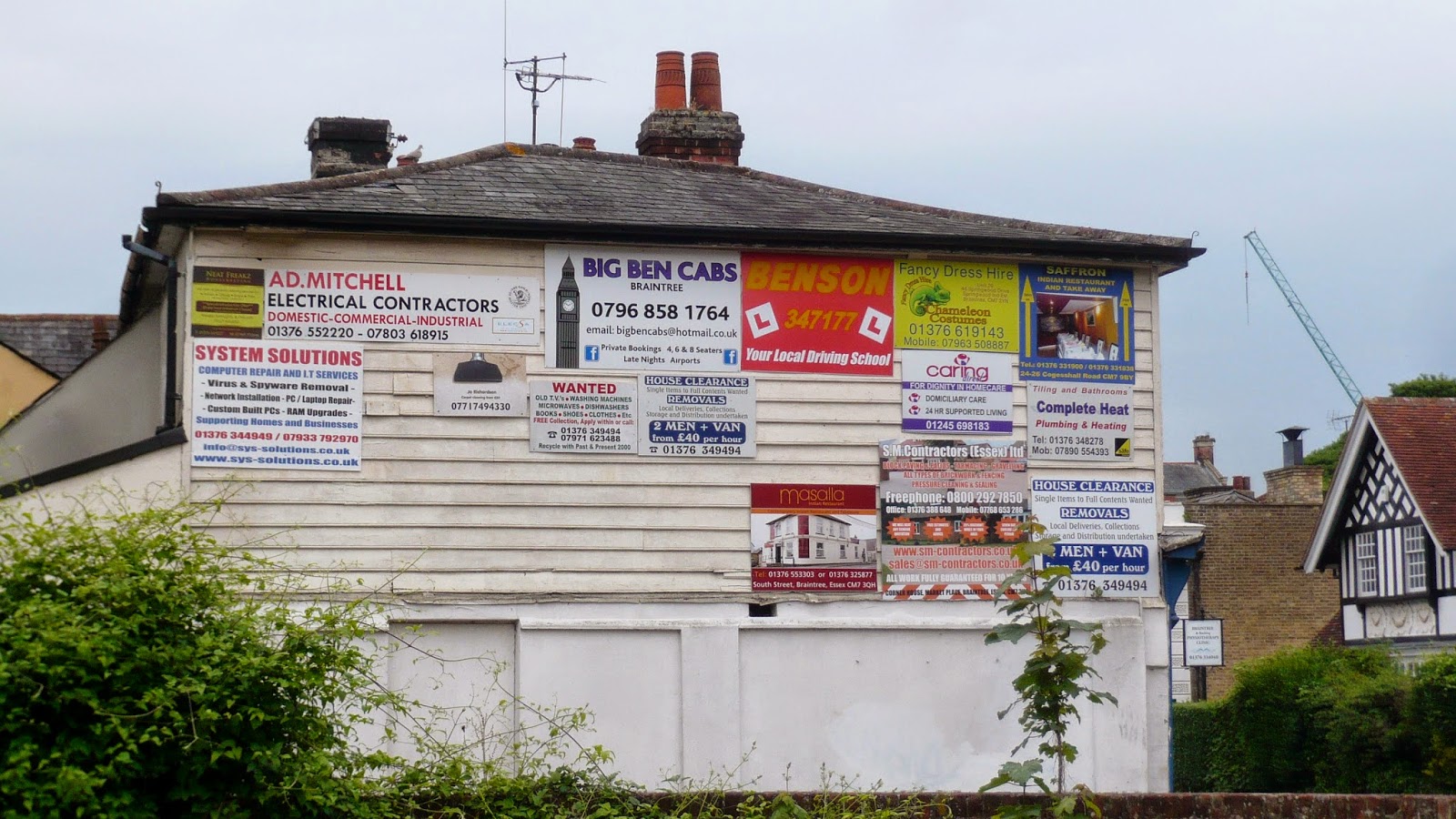 Bank Holiday usually indicates dull clouds and wet streets, this bank holiday has therefore not disappointed as it is gray, wet and dreich.  Not that I care as the virus has left me looking for sleep most of the time.  Sunday was a bright day but I watched it from my bed, except when I left to watch the football.  The brute of a virus hangs around today also and tomorrow the kids will fill the museum. I'll get them some time off school the week after if I cough enough.  I ventured as far as the bins this afternoon suddenly realising how many adverts are found on the shop wall next door.  It reminded me of those Victorian photos when such advertising abounded everywhere, clearly uncontrolled at the time. It makes me wonder if the council notice, or care to notice, whether this breaks some by-law.  I hope they do not notice as he is a good man struggling to make his business work.  Without the ads it is possible the town could not operate properly. 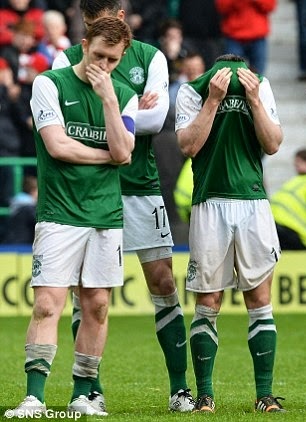 The good book says we should not rejoice when our enemy falls, that is not the heart of God in action, however I allowed myself a moment or two of giggling. You see Hibernian, who I may have mentioned before, played their 'play-off' game against Hamilton Accies on Sunday and were in an unbeatable position. It was impossible for them to lose their two goal advantage against a team from the lower division.  Yet they did!  Worse, they went on to lose a penalty shoot out and all this after laughing out loud at our relegation, caused as we all admit by mismanagement leading to administration. Hibernian's talented players have by sheer willpower crawled from Fifth place in the league to the lower relegation! Oh how we laughed!  Now I am not one to taunt the Hibbys when they are down - but I managed it! It fair cheered me up and wore me out! They are not speaking to me today, it's a giggle innit? 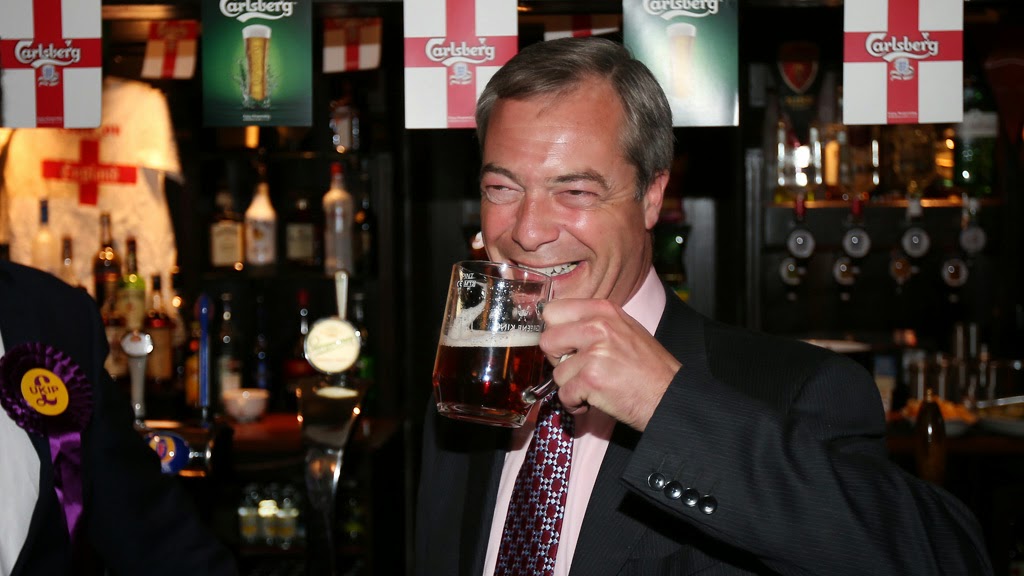 So here is the victor of the moment, posed appropriately in front of English flags, enjoying his breakfast I presume.  He will sleep well tonight content with the fear running through Westminster.  The Conservative Party have watched their voters run to Farage and Labour watched their voters stay at home.  Half a million people in this region voted for UKIP, and ten thousand in Edinburgh voted that way and that is a surprise to me!  This area is dominated by wealthy Conservative types but there is also a large working class Tory vote and they have gone for UKIP in a big way.  Whatever happens in the next few weeks I know not but Scotland must go for independence, England will be dominated by the right of centre for the next few years.  Some of those are so far to the right they think Thatcher was a Communist!  If you have never prayed - start now!

That bug has been bugging you for far too long, Mr. Ad-Man. You take good care now...and if you have to rest a little longer...do so! Medals aren't handed out to martyrs, you know!

Hey! I jump for joy when my team wins...and I get pleasure from seeing the opposing teams lose! I hope I'm experience this joy come Wednesday night as I watch the first game in this year's State of Origin series (three games in the series). Queensland -v- NSW (Rugby League).

Queensland has won the series eight years in a row...I hope we make this year Number Nine!

Scotland can vote for independence or face the prospect of being governed by the Tories/UKIP coalition from London. It's a no-brainer...

Jerry has told me just how much you love playing footsie. Does it ever get you into trouble? I must admit that I do not know much about your local customs.

Mike, I had another near argument with an intelligent Englishman who has believed the Daily Mail lies today.They keep arising.

Arlynda, Tell the brute it is not 'footsie,' it is FOOTBALL!!!! The world's greatest game!
Then slap him!

I've sent you a pigeon instead, Adullamite...sorry; but I'd already sent it on its way before reading your request!