Another Day Another Grumble

This time it is the use of the word 'Golliwog' by Carol Thatcher in a private conversation with Adrian Childs and Jo Brand, so we are told. The word was used in reference to an Australian tennis player. As a result offence has been taken, publicity has been massive, and we are left pondering what really was going on. 'Golliwogs' have of course disappeared from our streets in recent years as white liberals thought black folk would be offended. Few I met ever really noticed them. Robinson Jam used to advertise by using the 'Golly' and the metal badges were prized by kids, and others, up and down the land. This has ceased as the offended bus has overtaking them. Did Thatcher, a woman I have no time for, say something offensive? Or is there more to this than meets the eye? Personally I reckon this was an excuse to remove her from the programme, partly because she is an awful person and partly because of her mother, the mad baroness! Resentment within the BBC regarding Thatchers attitude towards their middle class liberalism remains strong! There can be no doubt many would have resented Carols appearance on such a mainstream programme as 'One.' There can also be no doubt some have been plotting to remove her for a while, Childs one of them maybe? In a sense I am glad she has gone, although I now rarely watch this programme, it has long ago become another 'BBC Breakfast' type, bulimic wee lassies and celebrities selling their novel. Thatcher was not one O would ever want to see on the TV, however if BBC Radio 1 continues to employ the offensive Chris Moyles, and Radio 2 and BBC TV continue with Jonathon Ross then we are right to ask whether this was an offensive word which brought an end to a contract, or just an excuse? 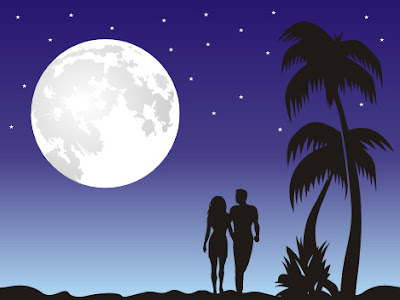 DryIcons
My good friend Mike has been studying Scottish romance recently. He has posted quite a few 'Lonely Hearts' adverts. he does not say however, which are the ones I answered!Here is a sample.

Just having someone from the Thstcher family on the television is offensive enough...

Or even Thatcher family...

Graham. You had me going there since I can't remember doing any lonely hearts adverts! Can you ask your friend (old reekie?) to change his name to something more Scottish when he comments?

I was all fired-up to leave a comment about "Scottish Romance" having to be offensive to someone--perhaps no more so than to the fair lasses up there in Scotland, but in the spirit of goodwill, I will refrain from doing so. So, I will instead ask if a Golliwog is anything like a pollywog?

Please don't get me started about the BBC. A little piece of me dies every time I buy a TV license. Knowing that my hard earned cash is going to subsidise these ne'r- do-well numpties is almost too much to bear!

Well, I finally got around to looking up what golliwog means, and now I am mortified that I said anything about it. For my pitiful attempt to be funny most certainly could be taken the wrong way. Yeah, I would do well to heed His warnings against participating in coarse humor {Ephesians 5:1-7}.