This book is great!
Having a liking for the sea and a wish to spend time around the estuary of the Thames I was glad to mae use of the Christmas Book Voucher in Waterstones to get my hands on it.  The author, brought up in Leigh on Sea, took a few years to sail on, travel around and talk to people who worked or used the estuary.  Once of course many boats went out from the inlets to catch fish, cockles, oysters and the like and this dangerous but fascinating work continued for generations after generation.  There was often of course nothing else to do so the danger of the sea was what was on offer.  Today the work continues but much reduced and very technically improved.
Rachel sailed on the refurbished Dutch sailing barge 'Ideaal,' once a working barge that from the 1920's carried freight on these waters but now served as home to Be the owner.  They took a trip from near the Tower Bridge along to Southend where a storm gave an indication of a seaman's life.
Meetings with men who once and on occasion still fish for cockles tells us of the arduous life such men endured.  Women were not allowed to work at sea, not only were they considered unlucky the job was dangerous and all too often the boat did not return.  There job was on shore, with the kids and often dealing with what was brought in the next morning.  Many lost their men to storms and mishaps, this a danger no less today than before for those who work at sea.
The author frequently refers to the huge new London Gateway Port as many believe the dredging for this colossal project has harmed the fishing grounds, moved sandbanks, often dangerous enough as they shift during the night, and created an environmental disaster in the making.  One day vast container ships will plough through the seas, mostly from China, to unload at the port polluting the Thames and killing the sealife.  We will have to wait and see if this is the case.
Southend and the pier where once immigrants landed and others left for far shores gates a visit, as do several aged rusty defence forts built during the second world war to defend the estuary from German bombers.  Some of these have been made use of since, illegally and often with conflict, while one, 'Sealand,' outside the seven mile limit has become an interdependent nation.
The 'SS Montgomery' gets a mention, this 'Liberty ship' became stranded on a sandbank during the war and while much of the munitions aboard were removed a great many remain.  This is a perfectly safe wreck except for the thought that an unfortunate accident might blow the ship up sending debris around twenty miles from the source.  This indeed happened during the Great War when the 'Princes Irene' exploded while loading mines killing many people and causing a great deal of damage. She remains where she sank also on the Medway.
As she travels around we read of the long history of the estuary, ships have travelled this way for millennia bringing and taking, wars have been fought, many fortifications remain, and the newer nature reserves are built of land once used by the army or navy.  Canvey Island, just see how many 'islands' dot this coast, sits on what was just a sandbank that grew and grew, 'Two Tree Island' grew from the London rubbish dumped there and now is too polluted for human habitation, wildlife survives fine.
Wandering around the estuary, or sitting on it watching other vessels pass by, we read of history and get a eel for the scenery all around.  Her descriptions of the shoreline are fine though some reviewers feel she is too girlie I feel.  That is certainly an element and she does not hide her fears when they arise, this ought not to put us of the book however.  I particularly liked the later chapters of sailing the yacht 'Jacomina.'  Her descriptions of the view of disappearing land, passing ships and the sounds of water as they headed towards Harwich, especially in the dark were excellent.  I can now understand why people wish to travel the world on such boats.  What does is the mistakes that appear, sloppy, tired editing possibly, and the photos which while excellent are indeed too dark in the pages of this book.  It is however possible to understand what is in the photographers mind.
This is not a perfect book but worth a read to get the 'feel' of the estuary, the size and danger, the busyness of the seas, and understand what culture lies behind those who grew in this area.
This book is worth a read.

I have just found a site with a chapter from the book and the photos also but the photos are in colour and well worth a look!   Spitalfields Life 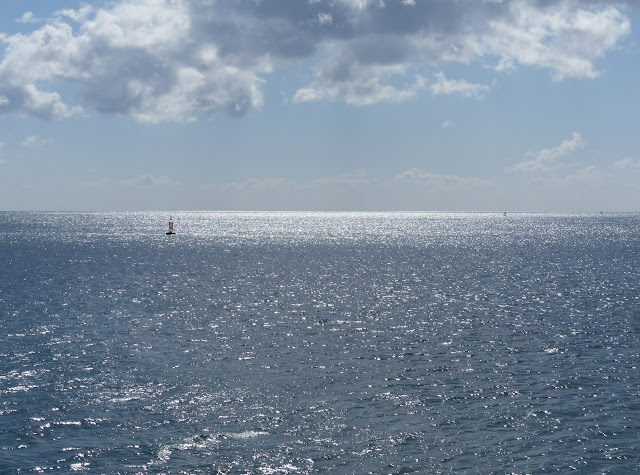 Glad you liked the book MR A. I find I have less and less time to blog, and a affir with a book is hard to find. I guess this fast woman (my art teacher always referred to me as one because I painted so fast) has slowed down. Peace and Happy June.

Lady, Slow down and enjoy!

Thanks for the link. I will have to get this on Kindle so the remarks in the reviews about the photographs did give me pause...until I read the excerpt on the link.
Off now to scrape up the bawbees from the back of the sofa...

Fly, I found it an interesting read. Some mistakes but worth a look.