So Another Day at Work Finishes... 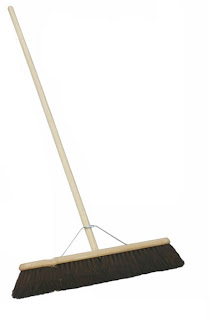 So another day at work finishes, well my second two hour stint this week, and with it my little job comes to an end.  While it was not much to boast about, and I am so slow that snails sometimes passed me by as I went to work, at least it gave me the impression that I was working. Now I am back to being a dole scrounger and a lazy workshy parasite (@ 'Daily Mail reader'). The company has 'outsourced' the warehouse because, as they put it, "The warehouse is not working!" What they meant was, "It's too expensive." Some of the lads have already moved on, and the rest leave this week however a problem has arisen. It appears the people taking over the warehouse, based somewhere in the Midlands, are struggling to get things working there also! What appeared a good thing monywise has turned out to be harder in reality. Hundreds of items are not that easy to deal with, especially when many of them look similar and some are very small! Cynical folks laughed, and were shocked to be asked to stay on, they have refused. I ought to indicate I was not asked to stay.....


Tomorrow I will continue the search for employment of a sedentary nature, requiring little intellect and paying me untold wealth! As I have already attempted this with almost every company in a ten mile radius I am somewhat dubious of success. There are around 300 jobs in this area and three thousand unemployed! Take away several hundred unable or unwilling and there is still a problem. Even working a few hours a week was good for making me feel less guilty when sitting around loafing (@'Daily Mail' reader). Receiving the first payslip since Adam was a boy was such an experience I considered placing it on the wall! Now this has ended and I am back to lounging about in pubs drinking all day (@'Daily Mail' reader) as I will be receiving about £32,000 a year, plus house, for the eight children I possess (@'Daily Mail' reader). Now I don't wish to appear cynical, as you know that is not my nature, I am gentle and quiet usually and not one to complain, but I do get somewhat irked by the attitudes of the "I'm all right Jack" types.


So I must sit down and look at all my talents.
Right that's that done so let's move on to the next phase, this includes lying on the floor crying, "Why me?" loudly and repetitively.  This doesn't actually help, but it keeps the Jehovah Witnesses away from the door I suppose. Then I shall exercise my aching bones,(four hours work and I feel like I have climbed the Matterhorn) clean the house, open the windows, and throw out the rubbish, that bag does pong a bit after a month - or so....  Then I shall sit down and ponder the good piece of luck that came my way today. The 'Beef & Ale' pie that costs about 50p from Iceland, the store not the country, actually contained a piece of meat! Now when I the last time you found real meat in a pie? Note I said 'meat' and not 'beef,' as you never know do you.....?

Bloody verminous scrounger!
That same Daily Mail used to tell me, back about fifteen years ago, that all plumbers were making about seventy-five thousand pounds per annum. The Inland Revenue seemed to think I was on that too.
"So", I said "You tell me where the **** it is, because, as you'll see, I live in a decrepit rented house, full of mismatched and decrepit furniture, my designer wardrobe comes from charity shops but not Oxfam because they're too pricy, and my food is from supermarkets who sell stuff labelled in languages I can't read, so if you can find where my subconscious is hiding the dosh, I'll be grateful."
Bastards.
I've been on the dole too, forced to sit in grubby rooms with some patronising plonker pontificating as to how to restart my career, the bastard had the nerve to tell all of us on the "Re-start" course that we weren't trying hard enough.
The guy next to me had, the previous day, set off at four-thirty in the morning on his bicycle, in the rain, to cycle from Leeds to Middlesborough, for an interview.
"They told me I was too scruffy for the job, because I was soaked and sweaty, and dirty, after I'd been put off the bike by a bus, and landed in the ditch".

The course leader, an ex copper, told us to list our skills and abilities, and write a list of jobs we could do that we had not been looking for.

"You there, what other job could you do?", he asked, pointing at me. "Well, I could do yours".
That didn't go down too well.
But then I got some work through an agency, driving truck-loads of mushrooms through the dark, to arrive at wholesale markets around the country before dawn.
I'd have preferred the plonker's job.

Many years ago I was on one of those courses and the man had a similar outlook!

Commiserations on the situation. I won't go into patronising territory with'something will turn up' platitudes and the like.

Don't let the bastards grind you down.

I think you should just swallow your pride and go into politics.

Max, how can I go into politics? I am honest!

You could try writing for a living!