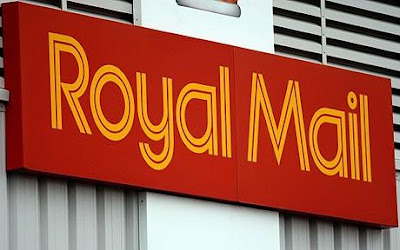 A thought has crossed my little mind tonight re privatisation and the effects thereof. The mad Baroness Margaret Thatcher was quoted on one programmes from the 70's talking about equality. Her point was this was impossible in a society full of opportunity as those taking their opportunities would become better off than those failing to do so. What she was getting at sounds like keep the rich rich and the poor poor. Her privatisation of the utilities has indeed encouraged just that! Those badly run organisations, stuffed full off uncaring employees, have now been replaced by grossly overpaid directors ensuring their workers are as cheaply paid as possible and worked to death, this of course leaves them uncaring. It also leads to the public paying vastly more for the service (remember that word) and some of the poorest suffering badly because of it. The railways are now subsidised much more than when they were badly run by one organisation instead of badly run by several. The Gas folk are already increasing prices as winter begins, and the government wishes to sell off Royal Mail to save the tax payer a few bob. The increase in price and loss of service which will result beggars belief!
The point is in the 80's we were told Maggie encouraged greed, as if it did not exist before then, and I am beginning to reckon that most of societies attitudes today reflect the selfishness that began during that decade. Since the war years there was an unwritten agreement of 'service' to the nation, now that has gone, in utilities, buses etc, we have an attitude that reflects that found in 'Eastenders,' self, self, self. Do not consider others just yell and scream for your will and forget others. This attitude lies deep in the human heart yet was released by Thatcher and her love of money, sorry enterprise! Look after yourself replaced service to others, prosperity was king and eat your granny if need be!
Now greed was there before of course, and it showed in industrial relations where both sides were incompetent and self concerned, it was seen in relations with others, yet there remained an underlying belief in public services for all. In the past thirty years the nation has lost all concern for service to others, unless you are asking "Do you want fries with that?" Yobs rule so many council estates yet nothing is done about them. Vigilantes who take action are jailed if caught, not rewarded! Such yobs always existed but men would take action, and the police would agree that such action was right, and often join in. Most folks could walk the streets in most, not all, areas relatively safely. Today too many areas are uncontrolled because nobody wishes to be involved, especially the emergency services. Recently the emergency services failed to respond at 7/7 in case another bomb was in the area, and a fire rescue crew stood by and watched a man drown because they had not 'water training certificate' or equipment! Allowing for facts being badly reported it remains a fact that something is seriously wrong somewhere!

Sad news about Thatcher at the weekend. She got out of hospital...