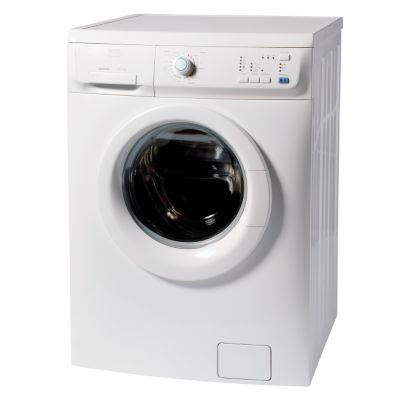 Technologically I have always been what they call 'challenged!' For instance, there is the time I suggested to two of neighbours my intention of fixing the damaged electric socket, a simple idea in my mind but one that ended when they both began making fire engine noises. They were, it transpired, attempting to tell me something. Back in the distant past while still at school my dad used to insist that I ought to attempt to learn a trade. This did not appeal to me in any way whatsoever. However the school woodwork lessons were often enjoyable. The smell and feel of the wood, the enjoyment of working with it did make such a trade worth considering. However, my failure to make anything that worked kind of put me off. Jesus being classed as a carpenter was one thing but I would have required a lot of miracles, and some pretty dumb customers, to succeed in that line. The first item made at school woodwork was a type of boat. Having been given the wrong type of wood by the teacher mine quickly turned into a submarine. Other highlights there included the teacher, a lovely tough man whom we all admired, especially when giving six of the belt on that Lochgelly Tawse of his, informed us somberly that fingers and hands must not be placed in front of chisels! Any blood found would lead to the Tawse coming out. Three minutes later I was striving to hide the blood flowing from my left forefinger from his venom! The last item we made was a magazine rack. All was going fine until the last term when we were transferred to a miserable old goat of a teacher who we did not know, nor like. Any idea concerning getting a joinery trade faded fast when the rack I was so happy with failed to touch the ground with all four of its feet. All those calculations and measurements were a bit much for my little brain and now I have descended into senility I suspect today I would be worse!

Metalwork was noisy and rough, although watching the clever dicks suffer the belt for disobeying the strict injunction not to pick up the anvil and show off was indeed fun! How lovely to watch the class hard men wiping away tears! We also had a thing called 'Mechanics' where our favourite teacher attempted to make us understand that "When force 'A' pushes down on a pivot, force 'B' pushes upwards." Simple indeed, but our eleven year old brains found this too much. I still do not understand what that was all about? Looking back it is clear that a trade as a joiner would have been more useful than anything else I have done, although being sacked as "Useless" several times may have hindered my apprenticeship somewhat. I may well have learnt something useful and money making. However I chose an easier path, downhill!

I can recall spending weeks attempting to blow up the tyre on my bike. No pump would work and it took for ever to find one that did. I once had a motorbike, oh yes indeed, and a slight problem occurred, well two actually, the first was something wrong inside and the second I could not get the screws to turn to fix it! Hampered by this slight problem I ended up selling it to my neighbour. He then complained it had problems! There have been broken radios, TVs, Videos that would not connect with TV's and Freeview boxes that did connect, but would not work. I even treated a plant I was owned so well it committed suicide from the fourth floor! It could have been worse! Once, while aiding a nurse who complained the oxygen cylinder was not working and the patient was therefore in a life threatening situation I spent a considerable time changing cylinders, fighting with the beast and, eventually, realising she had allowed the tube from the oxygen to run under the wheel of the bed! The patient got such a boost from the simple act of moving the bed he nearly flew out the window!

Thus understanding my I refer to the washing machine with trepidation.
When I installed it all went well, except the water overflowing the standpipe of course. However I overcame that problem by transferring the waste pipe to the sink, so that's covered. Then just before Christmas the silent hermit down below attempting to play the school clype by complaining in a somewhat snooty manner about water coming through to his bathroom ceiling. He was at pains to specify that it "...wasn't his fault." Naturally I informed the landlords lass that this was occasioned after the original standpipe problem when the machine was first installed and that this had now been dealt with. I may have inadvertently added that he was a right wee nyaff and needed a good healthy kicking....in love naturally.

To ensure no leaks of any sort occurred I was told by an expert, to turn off the blue tap when not in use. This avoided any leaks, and I settled down content and happy. Today, while the central heating was pumping away, removing all the nasty cold air that we really do not require, I turned on the blue tap just before I pushed the button on the washing machine. Water spurted out and went everywhere and I suffered a realisation. I realised that there had indeed been water drenching the inbred silent one downstairs, as I had the blue tap open for the first two or three weeks since the machine arrived! Water must have leaked out everytime I used the heating! ooer missus! So we have the tricky situation in which I was wrong, (please disregard that last statement) he was indeed suffering an inundation of wet type water, and I blamed him! Naturally had he actually knocked on my door when he noticed this rather than run off to teacher something could have been done about this before now. However he never knocks on the door to complain, or for anything else. I suppose putting that dead rat at his door the other day did not please him either? There's no pleasing some people.

Correct amendments have been made to the system, and his ceiling will be shoddily repaired by the landlords chief bodger soon after New Year. I wonder if I ought to tell him my mistake, or just let him stew in his dislike of me? Hmmm, perhaps I will leave it like this, there is always something else to arise and annoy him with at a future date.
Posted by Adullamite at 14:03:00

I suspect you will have to explain the words 'clype' and 'nyaff' to some of your overseas readers...

Ah but you see if you click on those highlighted words the explanation appears as if by magic!