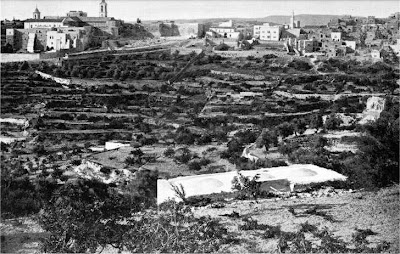 The ancients, living in the south of Mesopotamia, standing outside their mud walled homes had the entire range of stars open to view each night. As time passed they came to consider the stars as portending events on earth. Priests began to record the movements in the night sky, carefully noting anything unusual. This would then be interpreted as regarding events on earth. Some kings became capable of such studies also, the need to be warned of future threats, physical and human, being their care.

Around six B.C. three planets, regarded as stars by such men, came together in conjunction, what could easily be interpreted as one bright star. Magi, possibly Jewish, came to regard this as a sign that a new King of the Jews had been born. Quite why such men should reach this conclusion if they were not Jews cannot not known , although there was a large number of Jewish settlements in the east. It is also not known where in the 'east' they resided, nor how many there were, but whatever they were convinced sufficiently of their findings to travel to Jerusalem and greet the new born King. Some Christmas cards have got into a habit of showing three men, travelling by camel, staring into the night sky and pointing out the bright star beaming down. As they brought three gifts, Gold, Incense and myrrh people conclude there were three men and that is I suppose a reasonable assumption. However it is much more difficult to imagine them travelling so many miles with just a pack of tired sandwiches and a flask of coffee! They would have had servants, probably slaves, many donkeys and camels, and if they started out together, would have joined with other travellers on the way for protection against bandits. Travelling up by the Euphrates towards what is now Turkey, or possibly the route via the Tigris, suffering heat and dust by day and deep cold by night, the travellers would cover over a thousand miles. Not a romantic enough picture for a Christmas card but reality never is.

Imagine a young girl, possibly as young as fifteen, already betrothed to a husband, living her life in an out of the way small village. Then an angel appears beside her. What would you say? To be informed she would bear a child, one who is the Son of YHWH himself and her marriage not yet confirmed, would probably unsettle most women. Mary however appears to take this in her stride, accepting Gods will even though she had yet to explain this to her husband to be! Some girl this one! Her confirmation, probably required, arrives when she visits her relative, the long barren Elizabeth and both children within respond! To be informed by your soon to be wife that she is pregnant, and that by YHWH himself, is not the sort of thing most men would accept with tranquillity yet when better informed Joseph himself accepts the situation and submits. The character of both these people is clear in their acceptance of the situation and their response to obey whatever God has given them to do. If only we could respond in similar manner?It reflects the character of God himself that he entered the world in the poorest of situations, in a nation ruled by a foreign power, subject to rebellions, violent robbers, religious extremists and the random whims of the ruling and very sick monarch. On top of this the weather could play havoc with the agricultural life, and yet this is where God enters earth.

To be called by God to such a task could give some hope of fame and fortune but it is soon evident that this will not be. The birth arrives during a census, a census that requires travelling miles, too poor for a donkey surely so a pregnant woman would have to walk to Bethlehem. By the time the slow moving pair arrive the house, and it would have been a relatives house they would have sought not an Inn, No 'Holiday Inns' in Bethlehem in those days. With the house full a cave under the house used as a barn would have set the scene for the birth.

Years of tinsel and commercialism have removed the original scene from us. Christmas card images replace reality. Yet here, in the presence of no-one bar three wealthy Magi and a handful of shepherds, considered the lowest of the low at the time, born to a young lass from an out of the way village, in a land full of trouble and strife, God himself, Immanuel, takes on our human frame. The depth of our sin, hide it from ourselves as we try, is revealed by the action of our God in doing what we could not do to save us from his eternal judgement. This babe, born so lowly, was to take our sins on the cross. This is not a time for crass commercialism but subjecting the 'self' to the one who reigns and wishes us to reign in life with him.
Posted by Adullamite at 16:53:00