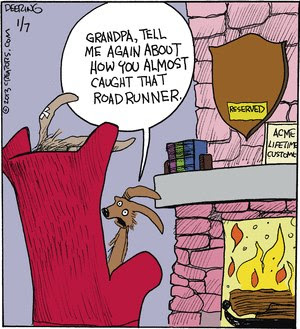 I just got off the phone with a friend who lives in Northern Scotland.
He said that since early this morning, the snow has been nearly waist-high and is still falling.
The temperature is dropping way below zero and the north wind is increasing to near-gale force.
His wife has done nothing but look through the kitchen window and just stare.

He says that if it gets much worse, he may have to let her in. 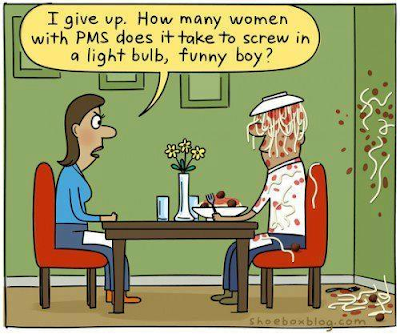 I was visiting my son and daughter-in-law last night when I asked if I could borrow a newspaper.
'This is the 21st century, old man,' he said.
'We don't waste money on newspapers.
Here, you can borrow my iPod.'

I can tell you, that fly never knew what hit it. 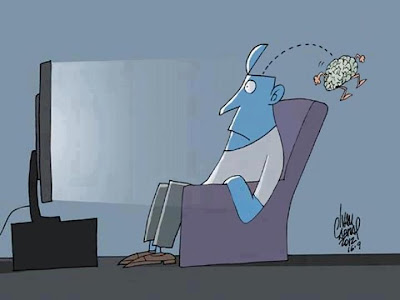 Everyone seems to be in such a hurry to scream 'racism' these days.

A customer asked, "In what aisle could I find the Irish sausage?"

The assistant asks, "Are you Irish?"

The guy, clearly offended, says,
"Yes I am. But let me ask you something. If I had asked for Italian sausage, would you ask me if I was Italian?

Or if I had asked for German Bratwurst, would you ask me if I was German?

Or if I asked for a kosher hot dog would you ask me if I was Jewish?

Or if I had asked for a Taco, would you ask if I was Mexican?

Or if I asked for Polish sausage, would you ask if I was Polish?"

The assistant says, "No, I probably wouldn't."

The guy says, "Well then, just because I asked for Irish sausage, why did you ask me if I'm Irish?"

The assistant replied, "Because you're in Halfords, the cycle shop." Wonderful! Wonderful! Thanks for starting my day off with a chuckle and a laugh...and a giggle, too! :)

That last cartoon is most certainly an American one. Hey, I'm American, I can say it!
That first joke made me laugh out loud!