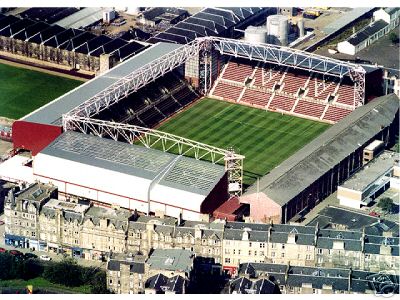 Tynecastle Stadium
It's over! The football season struggled to an end today after several long months of agony, ecstasy, highs and lows, and of course Neil Lennon and his paranoia attempting to destroy everything. Will the SFA step in to end the sectarian bigotry of the Rangers and Celtic I wonder? No is the answer! They are too involved themselves.  The Heart of Midlothian however secured their place in next years European competition, although they came very close to losing it by forgetting to pass the ball to one another as you are supposed to do. It is fine and dandy playing nice football but putting the thing in the net is also a good idea!  One or two young lads have of course been bloodied in competition showing the future looks good, if that is, the promise can be developed as well as little Templeton's has been. Many promising players coming through just now. One or two senior players may well arrive during the summer as they are required, also one or two we already have will be moving on. The lack of a replacement for Kevin Kyle when he was injured cost us dear. There again injuries also played a major part in the struggle at the end and the squad, which many claimed strong, was clearly not strong enough from the experience point of view.  All in all however we show we are the only side to challenge the bigot twins, which is what anybody would expect. Next season, if all stays well, if the referees play fair (HA!) if Neil Lennon is taken away in a straight jacket for the good of the game, and if the mini huns and the real ones are banned form the game along with the IRA fans at Parkhead then things will improve for us and Scottish football next season, except Hibernian of course, another season of bottom six for them I fear. Shame.
Now what do we do with no football to watch.......? 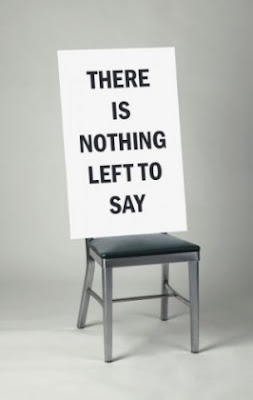 Heard Pat Nevin on the BBC tonight condemning the IRA songs sung by the Celtic fans at Tynecastle on Wednesday. Good on you Pat - even though you're a Hibby...

Football here although I like it is a test of patience to watch. Play is stopped so often for the TV commercials. The dynamics of the game have been nagatively altered because of these frequent pauses. Greatly interferes with the momentum of the game. Only if you are at a college game that is not being televised do you escape those protracted moments of suspended play.

...we just wait for next season to start in August:) Go Pars:DD

Mike, Nevin is occasionally willing to stand out from the crowd. There again he has English jobs and is not limited to Scots media.

Leaz, American Football is far too slow a game for the UK mentality. Adding TV adverts is bad enough here, although it does not interrupt the game, but for you it is terrible.


Beate, Hello and nice to meet you! 'Pars?' Do you mean Dunfermline by any chance? Gosh!
You have an excellent blog, but I note the letters are a bit mixed up.....!

I spent 2 weeks in 2008 at an English course in Dunfermline, and stayed with a family totally mad about football, with season tickets at East End Park. So I managed three games in a fourthnight, and have been following The Pars' ups and downs via BBC Football on the internet since. I've always had a soft spot for the underdog, you know, even though things went very well for them this season.

About my blog: Thank you for the nice words, but of course the letters are mixed up; it deals with didactics and assessment;) And I guess it doesn't help much that it also is in Norwegian:)

Have a nice day!

Ah Dunfermline, a nice wee place. I often used to go there as we would visit an aunt there. She and my mother came from Cowdenbeath up the road.
Roald Jensen became a famous Heart of Midlothian player. He was one of the great players of his day and I used to watch him as I followed the Hearts then when I lived in Edinburgh. A man who left behind a good memory for us all.

Yes, he is still considered as one of our best players through all times (a bit before my time, though). But I never knew he played for Hearts; a small world:)