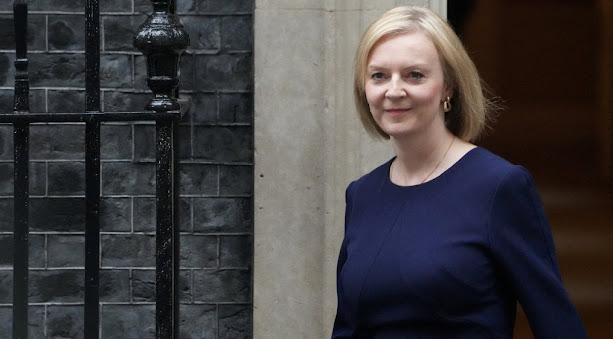 aljazeera
You may have noticed movement in the earths superstructure lately.  This was caused by Liz Truss (the Prime Minister no less, stop laughing at the back) who encouraged her Chancellor to drive the nation over the cliff.  It seems Brexit was not enough, we now need to line the pockets of the rich by stealing from the poor.  The usual, but not so bare-faced, Tory approach.  The intention is to 'Drive Growth.'   She did this so well that yesterday, in an unexpected move, the Bank of England stepped in (at £60 Billion or so) to stop all the Pension funds running out of cash and destroying the lives of millions.  The response from the leader, who hid for several days, was "No bother."
Now, she is connected to many organisations based in 'Tufton Street.'  These are the people who drove Brexit, 'Leave.EU,' 'Taxpayers Alliance,' and 'IEA,' all companies of sorts who do not reveal who pays their wages.  This is easy however, it is US billionaires and their friends, those who pushed for Brexit, and made millions, and push now for deregulation of everything, no matter the cost, so they can make more millions.  Liz receives money from most of the backers.
There is little surprise in these moves, they have been coming, but few expected them to actually happen.  Now the UK is seen worldwide as a 'Basket case,' and not just in the UK.  Corruption at the top is driving this.  Intelligent thought, care for those suffering, and taking responsibility are not on the agenda.  'I'm all right Jack,' however is. 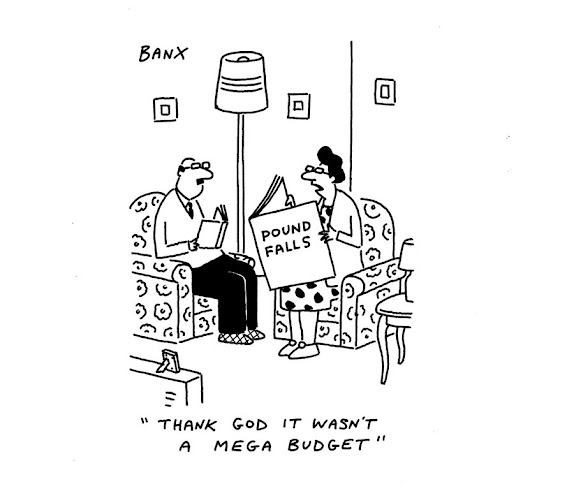 
Leo, who understands these things, told me that the only pensions at risk were final salary schemes - not contributive ones - where pension funds went in for dodgy financial instruments which depended heavily on no change in the bond market.

So, all stops pulled out to help the well off, on top of the tax and bonus relaxation.

The poisoned legacy of Thatcher......
Meanwhile the value of benefits for the poor and sick drops like a stone...
I suppose they think if they starve the poor they won't have the money to buy the rope or the strength to hoist those responsible to the lamp posts.

Fly, Good job Leo understandds this. Once again it was themselves that mattered. Tory Ps now planning a return for Boris, as expected.