Media, Man U, Haggis and Aussies 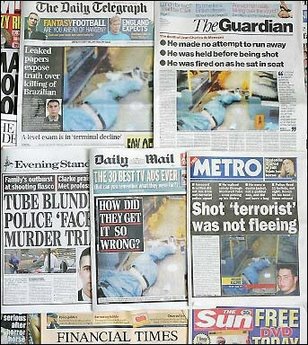 For over  a week now I have ignored the news for the most part.  Instead of rummaging through the papers each morning I listen to the headlines and have occasionally pursued one or two interesting items only.  This means I am no longer fearful of a million south east Europeans, possibly Muslim, stampeding into the UK stealing our jobs and living off the dole.  Nor do I worry that the apple I eat may give me cancer nor do I rejoice that the coffee I drink seven times a day will cure that illness.  The screaming headlines have not made it difficult to sleep at night through such fear simply by my choice to ignore them, life outside I notice mournfully  however has continued despite my absence.
I have been tempted occasionally to turn on the radio desperate for a fix of the news but have manfully directed my attention elsewhere and survived.  The world did neither miss me nor change in any way.  I am oblivious to what she from the telly is doing with whom, not upset about the tree cut down by a neighbour, care little for the lies poured forth from Westminster and worry not about a court case featuring the high and mighty who have fallen on hard times.  I remain in the real world quite happily, the week has been quite good, and placing life's priorities before the screaming of the world has made me gentler, more considerate and relaxed enough to walk the streets without my chainsaw in hand.  I merely carry the small axe instead. 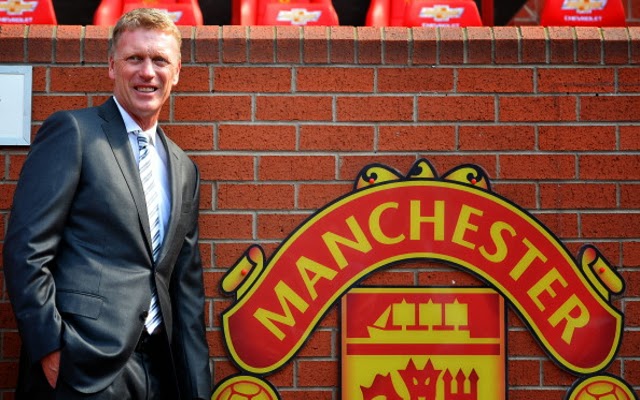 One thing that never changes about English newspapermen is their desperate desire to destroy someone.  The present target is David Moyes the incoming manager of Manchester United, a football team you may have heard off.  The previous incumbent, one Sir Alex Ferguson, managed to keep the job for 25 years, something unheard of today.  During his time he won the English title about a dozen time, the English Cup, the UEFA Cup and the Champions League Cup (the top trophy) and has now retired to travel the world and annoy the wife.  Interestingly when he began the job the media attacked him relentlessly as his first three years were far from a success. However once he began to win the media changed their tune and became scared to upset him, losing contact with Manchester United could lose them their job after all!  The attack on Moyes is less from a football perspective and merely the desire to knock someone down when he is down, also to use the Manchester United name to sell their papers and programmes.
There is no doubt Moyes has a hard job on his hand.  many of the players at the club are past their best, one or two others are not 'top four' players and some players he wanted at the beginning of the season failed to appear.  On top of this Wayne Rooney and Van Persie are both missing through injury. These two men could win games by themselves, missing both is a huge loss for any club.
In my mind Man U would possibly finish around seventh or eighth this season although is Rooney and Van Persie return in time they may yet finish in the top four, I suspect that is a real possibility myself. The manager has a tremendously difficult job ahead of him but I believe he will succeed and succeed well.  The naysayers will fill pages of uneducated pap to make money but the football fan knows this club is not dead and has too much going for it to fail now. The wise amongst you will realise that this is Burns night, the night the great Rabbie is celebrated with Haggis, mash potatoes and mashed turnips (neeps to you!), washed down with a wee dram of whisky. Large gatherings are taking place tonight, the Haggis is carried in behind a piper, the 'address' is made and tales told, poems read and whisky imbibed.
I am poor and merely had a cheese sandwich myself.

As fair art thou, my bonie lass,
So deep in luve am I;
And I will luve thee still, my dear,
Till a' the seas gang dry.

Till a' the seas gang dry, my dear,
And the rocks melt wi' the sun;
And I will luve thee still, my dear,
While the sands o' life shall run. 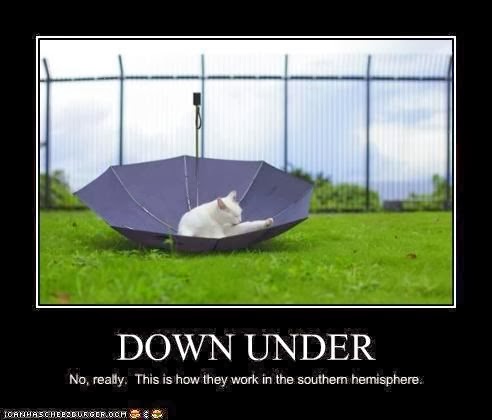 Tomorrow, or today if you are in Australia, is 'Australia Day!'  This is the day Aussies celebrate being, er Aussies.  Much celebration is happening as I write, lager is being swallowed (they do not appear to drink proper beer), 'Barbies' everywhere are burning lamb, chicken and sausage, all run by men naturally and the sun shines, the sky remains blue and people are eaten by great white sharks in Botany Bay. Today we celebrate their tomorrow unless you are in the US where yesterday has yet to finish while the Aussie tomorrow, which is their today, is almost over, and we share their delight in being Australian, a very good thing to be.
Even if they are all descended from English convicts.....

Firstly, I am glad you are feeling less anxious about life because of your purposeful change. Of course you will have withdrawal symptoms. NEWS is a drug. Getting your fix is a habit. NEWS does not control you. YOU decide how you look at things, think about things and feel about things.

So to second point and that little soccer team Man U ~ that would make news editors nothing more than drug dealers. It won't hurt them to come in 8th or 9th this season. Winning (all the time) is just another drug.

To third point ~ is Burns Night your national day then in lieu of true Scottish independence? Are you really sad that you had a cheese sanga (that's Aussie for sandwich) instead of haggis? Might poetry in all its forms be the true elixir of life?

And finally to your lovely thoughts ~ I will venture out this afternoon and soak up some of the atmosphere of the day at The Esplanade. Who really needs a special day to celebrate being Aussie? You do ~ so in all my power, I am making you an honorary Aussie for the day. Tomorrow when you wake up, you will be waking up an Aussie, with all that that title entails. Enjoy YOUR Australia Day tomorrow A-man.

I've made my own haggis, but in a bowl as the appropriate stomach was lacking.
Neeps are unknown in this heathenish outpost, so mashed spud will be the sole accompaniment...apart from whisky.

The neighbour who asked if he could come round for the whisky but be excused the haggis has been upbraided.

I can read small print quite well....not only from England, but largely from Essex,I believe, which may account for the accent...

And before anyone throws a blazing barbie at me, my maternal grandfather was from Queensland...

I wrote this for you, Adullamite...a lesson in Aussie slang...it may come in handy for you if you're ever caught stealing a loaf of bread and are sent down this way (also...remember how to hold your umbrella once here)!

"G’Day! Normal is never normal; normal changes day by day normally; or, perhaps month by month if it’s moving slower than normal. The Ashes are over; no more overs are left over from the Series. Ace result, Aussies; a boil-over! There were many aces in the tennis, too. It’s almost “game; set and match”. I love the tennis. January has been an exhausting month for me. When the last ball flies the coop I’ll be back to normal, in a manner of speaking! My exercise regime is nearing its end. I sometimes played tennis when I had fewer years on the scoreboard; I’ve not had a game in donkey’s years. I was completely hopeless at tennis; as useless as an ashtray on a surfboard! I couldn’t hit my way out of a wet paper bag, but I enjoyed myself. Fair crack of the whip (or racquet)…at least I gave it a go. The few tennis lessons I had didn’t help. Dead-set, I was a lost cause. I had Buckley’s chance of being Gympie’s answer to Margaret Court. Buckley had a better chance than I did. In 1984 I competed in a Round Robin competition in Noosa – once – one match; enough said! Blink and it was all over; even Robin didn’t want to be around! I doubt anyone other than me remembers the momentous occasion; and that’s probably good a thing. It wasn’t a pretty sight, but it was a very amusing one. Amusing wasn’t the intention! After the event I retired quietly without fanfare, which is normal in such situations. I got the rough end of the pineapple when it came to tennis talent.

Moving on…let’s not forget the other normal for January. As well as January being the starting block of a new year, Australia Day is on the 26th; and who doesn’t mind having a bit of a rage on Aussie Day? Fair dinkum! You didn’t forget it, did you? Stone the flamin’ crows! You’d be a bit of a drongo if you did! Let me give you the drum. I won’t be throwing any shrimps on the barbie. If I throw anything on the barbie it’ll be prawns. They’re good tucker. I reckon I’ll guzzle a few coldies while I’m sweating over the coals. You, too, should give it a burl. It’s a rip snorter way to wag an arvo. If you get sprung by your Sheila and she starts carrying on like a pork chop – she’ll be apples, mate! I’ll carry the can – ridgy-didge. Fair crack of the whip - if I’m asked: “Where the bloody hell are you?” I’ll tell ‘em to belt up. I won’t dob you in. Only a yobbo would ask such a silly question, anyway! No worries, Bluey! Us banana benders can take a joke, hey! Our blood’s worth bottlin’! No fruit loops here. Holy dooley! We’ll just tell the dingbats to rack off if they start acting like dropkicks. There’re too many galahs around these days. You betcha! They’re all mug lairs! It’s about time they acted their age, not their shoe size. Between you, me and the gatepost, most of them are a rooster one day and feather duster the next! My cobber, who’s as subtle as a kick in the-you-know-where reckons a few bushies should grab ‘em by the scruffs of their necks; put ‘em in the round yard; throw the lot at ‘em, including the kitchen sink and a few brumbies! Teach ‘em what life is really about! Most of ‘em wouldn’t work in an iron lung!
I’m going to shoot through now.

Good onyas…have a bonzer Australia Day! If you don’t like prawns, grab a snag!

Carol, Well I hope you have had a fair dinkum day! I can assure you the hat went down well in the torrential rain today, the T-shirt and thongs led me into pneumonia, frostbite and trench foot, and the beer gave me several £60 tickets from guardians of the law. Possibly normal for an Aussie day out!

Fly, You have a Queensland granddad? That explains everything! So glad you made the native eat haggis with the whisky, this is what civilizing foreign johnnies is all about. maybe you should visit Granddad's home.....?

Lee, What?
I started reading that at 8:15 this morning and finished about four o'clock! It took a bottle of Aussie red to help me understand that!
Anyway, I'd rather have a snag than a shrimp!

Well...at least you enjoyed yourself while trying to decipher it, Adullamite...and you've shown your good taste in guzzling an Aussie red. So all is not lost between a good red and a snag!! ;)

I'd rather have a prawn than a shrimp!