Camulodunum was very cold today, in spite of the weather man claiming the cold snap was lessening.  Here we see the wall forming the first defensive barrier.  Behind the land slopes up to where I suspect another barrier once stood.  Well it would have had I anything to do with it! 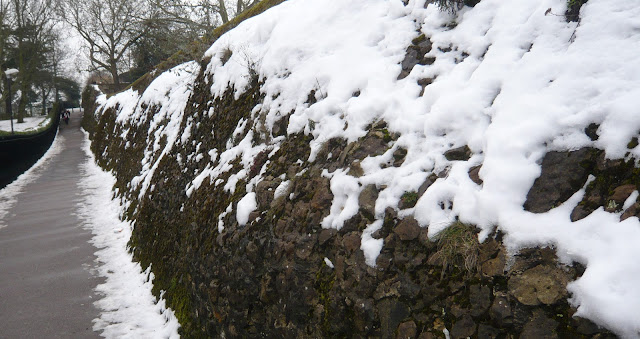 Not exactly straight!  Age has indeed wearied this wall which has lasted many years. 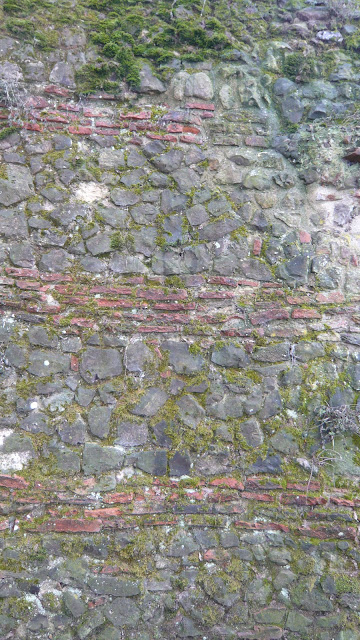 The variety of stones includes many slim red tiles.  These are Roman bricks I believe but I am too busy to check it out and I wonder if this forms part of the wall created as part of the new defences after Boudicca's revolt. 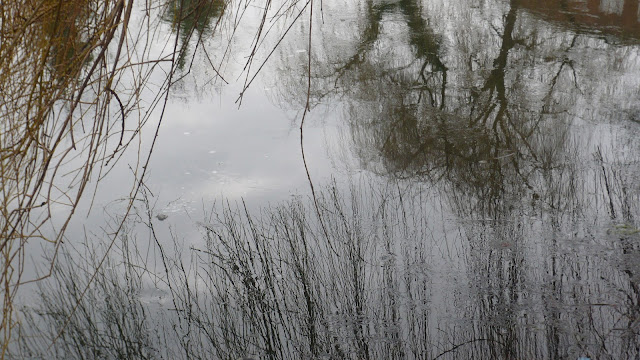 Can you make out the thin layer of ice that lies on top of the river? 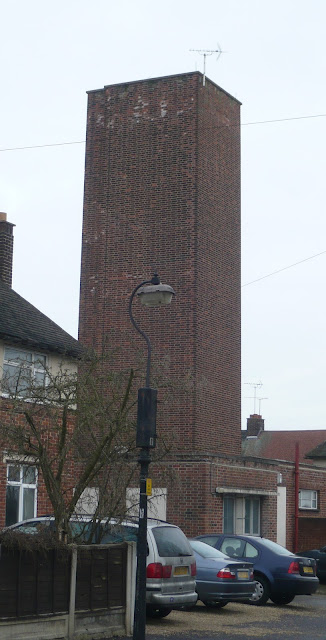 I wondered what this was at first.  The design and brickwork was typical 1950's and must have appeared very modern at the time.  It forms part of the Fire Station and while I am unsure as to whether it is a chimney or part of the training routine I found it strangely atmospheric of its time!

I was amazed by the lamp standards in this area.  Very dated and very badly maintained.  Much more attractive than the concrete type that appeared in the 50's, or would be if painted once again.

My meeting there was once again with a different person.   Yet another has walked off to tour the world and I am now on my fourth worker, and I suspect this will change to another next time I trundle along there.  Still this lass has plenty of common sense and a great deal of the females normal attitudes, she nagged me, browbeat me and was totally unreasonable in her demands!  However I am much encouraged by the news that the employment situation will worsen and 'bosses are losing staff' claim the press.  It did not mention where they lose them however.

When you walk around town with your holey hat on, do people ask you to hear their confessions?

RDG, You are sweet! x

Jerry, No I use it when singing on streets outside shops. Folks throw money into the hat and move me elsewhere.