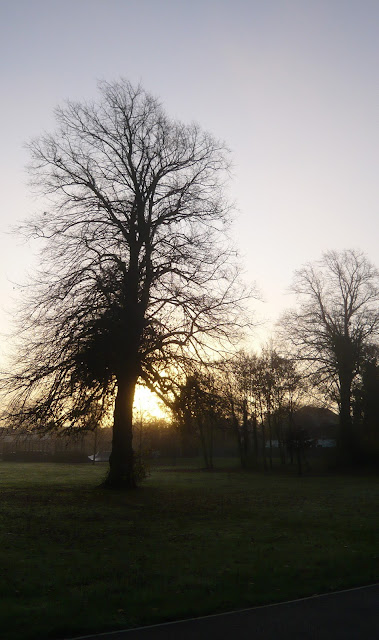 Rising just before six am I retrieved my aching hulk from the bundle of rags, filled the cavernous stomach with stale bread, checked the papers online, peered through the curtains to see if the sun was working and then headed into the fray. By eight I had done the weekly shop and was free to picture the early sun doddering into the sky in the far distance. (The sun has to be in the far distance otherwise things could be a bit awkward.) Then, having put the east wing of the salubrious residence back into some sort of order, cleaned it, opened the windows to let freshish air in, I then sat down for a tea break.
I died!
I recall working in the Hospital at Maida Vale when we ran about all day non stop. It was a constant movement with always something to do, oxygen cylinders, patients, cars, nurses throwing themselves at us, the usual.  However on a Sunday, especially when doing a twelve hour shift it was impossible to motivate the lithe body I then had to do the three trips upstairs with the dinner trolleys!  The demand for an oxygen cylinder caused much resentment and meant movement!
Having done all the important physically demanding things the energy disappeared!
There were things to be done on the PC but I had not got the impetus to do them.  Had I to lift and carry I could do it but with no such demand the adrenalin ran away and left me. Rather like most women I know (what did you say?).  The rest of the day has seen me limp around, doze, and generally waste away.  The PC stuff is still not done, as indeed are the dishes - again, and I am looking forward to my bed.
Oh how I live the high life......

It's rising just before six that does it. Makes me feel tired just to think about it. (Or did you mean six PM?) :)

The "east wing" is it? More and more I think you are in posh digs and just pulling the wool over our eyes.

I can relate too. Always rise before six, often tired at night though.

I think what you're trying to say here is "Some days ah cannae be arsed!"

Jenny, SIX am if you please.

Leaz, I am a frustrated millionaire. Frustration comes with being broke!

Rab, Your not wrong Rab!