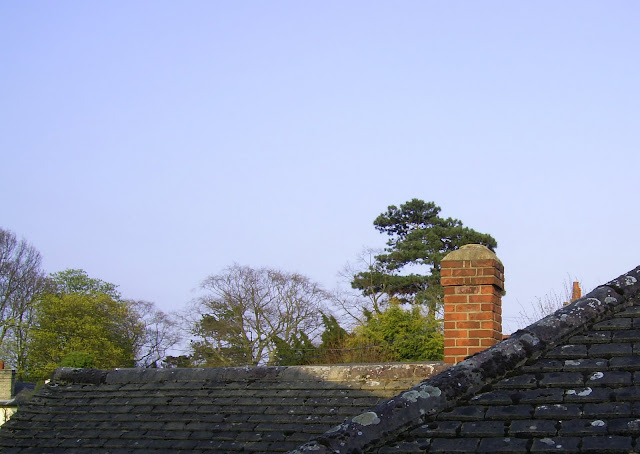 By squeezing perilously out of the kitchen window I was able to picture the sky towards the east just after six tonight. Today has been the hottest day of the year, spoiled only by the wind howling from the north east, as I found out when I 'burned rubber' on the bike earlier on. Funny how the wind is always against you whatever direction you find yourself heading? Anyway it was interesting to note the absence of aircraft trails high in the sky, giving a clean blue appearance without them. There was indeed a plane flew over later, not sure what sort, and daily a 'Cessna' type aircraft has flown from the local grass strip airfield. He however only reaches 200 or so feet and has no more danger from Volcanic ash than the traffic on the road. This however must be considerable! Looking around the house I note a thin gray volcanic ash covering over everything and in every room! This stuff must be coming in through the windows surreptitiously.


Thousands are trapped in far flung places, China, USA, various parts of Europe and with limited options for returning. Business in many places has been crippled by goods which have failed to arrive. Mail must be hindered as transport difficulties increase, and those who thought their job was safe in many cases are no in real peril. Sport has been affected also. Many competitors in the London marathon next week will fail to appear, the European football semi finals will take place with difficulty, and several other competitions have struggled. All because of a volcano far away!


In wealthy Europe we are not used to such disasters. Of course they happen, but usually in the Caribbean or South America or China or some place far away. We respond by tut tutting and possibly giving a few loose coins to a collection, offering some sympathy and maybe blaming Johnny Foreigner and his wicked ways. Now however it has happened to us! Since World War Two we have overcome all our problems, minor disasters and hassles dealt with on the way, and Europe has become very wealthy indeed. As such we have had the notion that we can deal with everything and nothing need trouble us much, then a natural disaster like this volcano arises and the world takes on a differing hue, and not just in the sky! Suddenly we are helpless. Suddenly we feel our smallness in this world. Governments struggle to find an answer, eventually, and the small individual is left suffering who knows where, with little hope of an answer. They say such things make us think, but usually not for long. 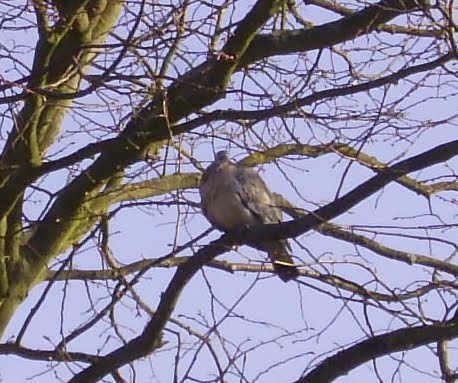 Early this morning I took this pic from the window with my little camera. The ability to fiddle with the shot and enlarge it on here is brilliant! In the original this local bird taking the morning sunshine was just a dot in the midst of the branches. OK he is not much clearer in this pic but I am proud of the little camera's ability to get such a reasonable shot. He was luckier than one I saw round the corner this afternoon. Something moved in the road as I approached and a lass in her Corsa had stopped the other side and at first I wondered if she had hit the creature. It was in fact something like a Kestral which had caught something for lunch. He was in the road as he was attempting to escape the two Crows who were chasing him from their area. 'Nature red in tooth and claw,' and eating the wee birds near you! 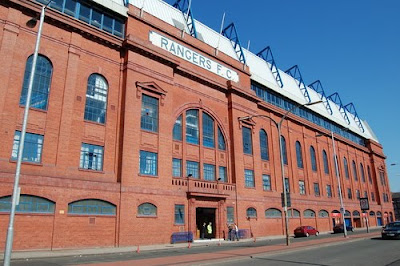 I listened to the game on the wireless myself and was impressed that there were three Rangers fans ding the commentary on BBC Radio Rangers. Admittedly one of the , Derek Ferguson, had indeed played for Heart of Midlothian, and was himself quite unbiased in his comments. In fact even David Begg found himself being complementary in they way hearts approached the game in the first half. It was such a shame that there was less honesty about Naismith once again falling down for a penalty! How unusual is it for ref Ian Brines to book FIVE Hearts players, and send one off, yet book NO Rangers players, and that includes Mr Thompson of ill repute! Unusual indeed I say! Never mind, we are on the up, and JJ knows the players he requires next season and it is clear he is determined to get himself a proper centre forward this time. Goodbye Mr Nade!
Posted by Adullamite at 19:18:00