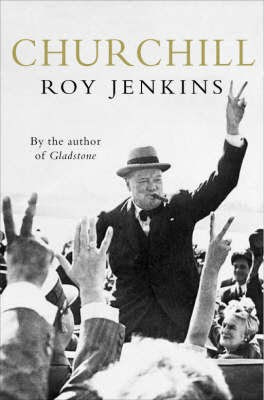 I've just finished 912 pages of Churchill and what a good read it was! Too often this man is regarded as 'The Greatest Briton,' and in some respects this is correct. For quite clearly without his pugnacious attitude in 1940 the world would be a very different place.

Churchill never failed to live up to his aristocratic background. A descendant of another of the UK's victorious generals he was born into the high life at Blenheim Palace in 1874, when he arrived as his mother visited the relatives there. Educated at Harrow, a place he visited annually in later years, he soon set off on an adventurous life.

From India to South Africa he acted as a man in a hurry for fame, which his escape from Boers imprisonment brought him and soon worked himself into a political career. His party was the Liberals, something folk tend to forget these days as his later fame came with the Conservative party. Churchill was of course more interested in the use of power rather than the clinging to party dogma. When elevated to office he , along wit Lloyd George, introduced pensions, Labour exchanges and several welfare supports that we now take for granted. Churchill may have been a 'Toff' but he was not one to enjoy the poorer sections suffering and always wished to improve their lot. If only he had been around when Thatcher reigned, her hard heart would not have been allowed to destroy so many jobs without replacing them!

In spite of his mistaken Dardanelles policy during the Great War, a policy he never thought a mistake, and after his short time in the front line trenches with the Royal Scots Fusiliers, he was once again brought back into front line government. By the early thirties he entered his 'wilderness years,' caused mostly by his opposition to India leaving the Empire. Churchill was a man steeped in history and, rather like Thatcher, he had his own, somewhat romantic, view of that. His opposition during the India debate meant he was without power and much support for several years. How this must have hurt. His books, dictated to a secretary who had to endure late hours and often difficult circumstances, did bring in money to keep him in the style he demanded however.

When war erupted in 1939 it was no surprise Chamberlain brought him back into the cabinet. Once again he returned to the Admiralty and his great, and often absurd, opinions stimulated the Navy. By 1940 he became a some what unwanted Prime Minister. He was a maverick, he had the Dardanelles campaign behind him and many feared he could lead us into disaster. However those who lived through those days testify to the power of his broadcast speeches which nerved the nation against Hitlers expected invasion. His 'Fight them on the beaches,' speech will always be regarded as one of the most powerful in UK history. His love of words, and ability in speech making came to the fore throughout the war, even though many did not realise that an actor often stepped in to read his words on the BBC.

By 1945 he had realised the world was a different place and the growth of the superpowers and the danger of atomic war began to frighten him. One of his main motives in holding onto power during the 50's was the danger of a 'Third World War.' Thankfully this never arrived, in spite, in his view, of Eisenhower's lack of 'imagination' concerning the possible dangers. The remaining years of Churchill's life read like a sad story. Without power and his sick body ageing rapidly he travelled from one place to another enjoying what was on offer and desperately missing the one thing he needed. The desire to be at the centre of the action is one shared by all top politicians and without that power they have nothing in their lives. Power is indeed a drug!

There can be however no doubt that he was the greatest Prime Minister of the 20th century, none came up to his level. No other PM saved his nation, and indeed Europe, some would say the world, during their time. No single man has affected so many people with his fighting spirit and rhetorical flourish. For a man with no religious belief, a vague notion of a supreme power was all he appeared to possess, he did have care for his fellow man, and did seek to alleviate the lot of the poorest around him, as long as he kept his special place at the top!

Greatest Briton? Who can say. However Alanbrooke, war time Chief of the Imperial General Staff, summed him up after musing on the inconsiderate treatment Winston constantly handed out to those around him. Alanbrooke was aware of his faults but said we could not have won without him and he was a 'Great Man!' This excellent book, spoiled only by Jenkins needless use of foreign phrases and 'big words' which he includes from snobbishness and nothing else, reveals him as such, and with all his faults that remains true.
Posted by Adullamite at 18:51:00