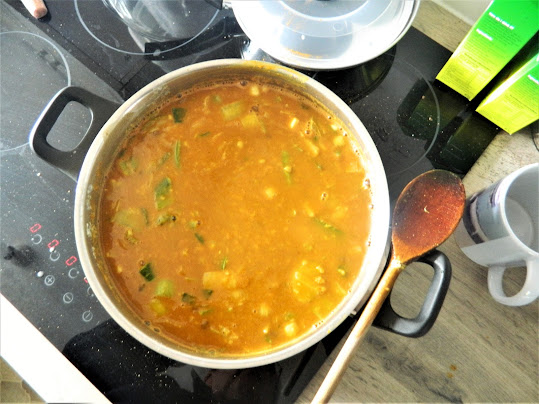 Because a bug attached itself to me I have managed to lose almost half a stone by not eating.
Today however, I began to eat.  I put some chopped Chick Pea things, I forget the name, in the pan last night and covered them with water.  This morning I boiled them, flattened them, sort off, and added the ingredients.  These are easy to find, I just put in what is lying around.  Salt, brown and red sauce, cayenne pepper, vinegar, turmeric, coriander oops, too much, chicken Oxo and tin of chicken soup.  Add onions, green lentils the only tin available, and some frozen leeks, heat, simmer, and wait.
I now have a coriander soup.
This is not one the local cafe's will be asking about any time soon.
I did my best, ate two bowls of this, er, stuff, and cooled the rest for the week.
My prayer, "Lord, I'll get it down, if you keep it down." 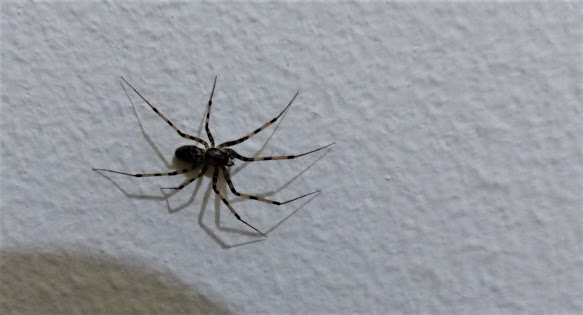 I have been hosting quite a few of these guys recently.  One has been above me in the corner for several years now, though whether he, or she, is the same one I cannot tell.  Above the window a long legged creature has been moving about for some time, first here, then there, sometimes just 'hanging about to my left.'  This smaller fellow is living on the wall just outside my door.  He has been there several days now.  No web, no friends, possibly no idea where he is heading, but he is still there, though he has managed to move several inches during today.
None of these are the Australian type, small, non dangerous, and mostly wanting to keep in the dark places rather than a hallway with occasional lights.  My aunt, who moved to Australia in 1926 I think, was not impressed with my sisters response to what she referred to as a 'small spider.'  My sister was not impressed by what she considered a 'dirty big brute.'  I think Aunt Lizzies tales of the spiders she met while living in one of the big houses (as caretaker) on one of Sydney's many bays put my sister of her dinner for several days.
They can stay in Aussieland.
When I am rich, I will take the train, the Indian Pacific, from Perth to Sydney one day.  There is only one way to meet Australia, to see the lie of the land and to understand how the people develop, but by train travel.  Railways open countries, first of all in the days of long ago, and now in the days of tourism.  Commuter travel is still a busy rail service, though clearly it is quicker to cross such land masses by air.  To see the land however, you must take the train.
Hmmm...I canny even get to the train here.  I must jump on one soon, before all the strikes restart. 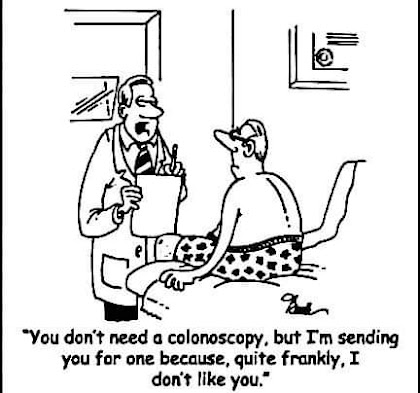 I'm sorry that you have been under the weather....but that soup takes one pot cooking to a new level.......which level shall remain a mystery.
Do you think it will aid your recovery or retard it?

Can you get boiling fowl in your area? That would give you a nourishing soup. When last in Kensal Rise, however, the only boiling fowls were on sale in an 'organic' butchers...for a price at which they all should have been sold with a free truffle. I suspect there had been some trendy recipe in The Guardian.....

How right you are about seeing the land by train. Having taken holidays on the French railways in my youth I was so disappointed by the TGV as all you could see was a blur!Until it broke down, that was, or disgruntled farmers blocked the line with bales of hay.

Fly, My cooking has always been at a certain level. One friend in environmentl health, closed my kitchen after I fed her. I wonder where she is now?
Organic fowl are cheaper in Essex, many have their own. My butchers chickens are quite decent.
Yes French trains do reach about 186 mph these days.