The 'Hish' of Sound 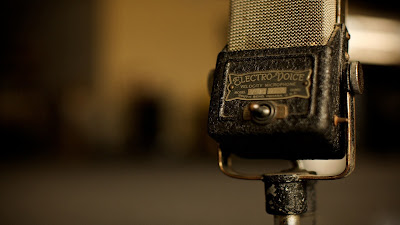 It was as I was staring blankly at the blue sky outside when I heard it.  I slowly became aware of a 'hishing' sound and there appeared no good reason for there to be one.  Slowly I moved to the back window where I discovered the 'hishing' was a vast quantity of hailstones that were hammering down.  Only then did they make an appearance at the front of the house by which time it was too late for those unfortunate to be out and about at the time.  The big black cloud had sneaked silently in from the east and deposited the contents without warning.  Only the sound made me aware.

At the museum we have been offering this body science exhibition in which people can test their senses, eyes, ears etc and very popular this have proved to be.  The only one I really had a go at was the hearing test.  This comprises listening to first one ear and then the other turning a dial and increasing the high pitched note while reading the score.  My left ear, my best one, scored 7500 which the other scored 12,500, which is near normal for my age.  Something is wrong somewhere.

The sound of the hailstones got em thinking about hearing. It was said men working in noisy factories using great steam hammers could hear a pin drop.  I am far from sure that is true but what is noticeable is the ability to hear a different noise from one loud noise constantly endured.  A mother can do the opposite by ignoring her screaming brat yet hear gossip perfectly well.  When you are used to loud noise a strange noise intrudes and stands out no matter how loud the original noise.  This may not happen on each occasion but has happened to me, often waking me up at work. As rush hour has passed the world returns to a slower pace and the sounds do also.  In between the occasional cars, controlled by far off lights, a gap appears allowing silence for a moment.  The last bird sings its song, footsteps pass, a distant dog delights to be rolling in wet grass then the short line of vehicles once more drown out the world.
I used to enjoy working nights at Maida Vale, as long as it remained quiet.  The distant sounds of an occasional nurse tending to a patient, footsteps in the corridor above, and the early morning cry as the 'Dawn Chorus' begins the day long before any other.  The silence was there to enjoy at least until seven when people poured in or out ready for the new day.
Sometimes I am very glad I still have enough hearing to enjoy life, I would hate to be deaf I would miss so much. 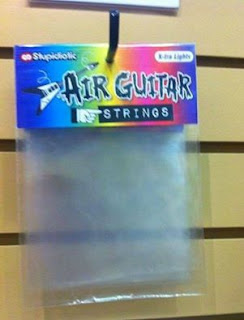 My mother wears a hearing aid and when she decides to wear it and turn it on, it is actually half useful.

I love the sounds of silence. Fortunately, most of the time, around here where I live it is quiet. However, I would hate to lose my hearing; I'd hate to lose any of my senses. Some would say I lost my mind many years ago, but we won't go into that! ;)

A thought-provoking post, Adullamite...and an enjoyable one. Thank you.

I hate hail. It's neither snow nor rain and it goes away before you've had a chance to get used to it. Not that I do want to get used to it, I suppose.
I notice I am alert for certain sounds, like if it sounds as if the front door is opening, or the particular noise certain parts of the house make. Hearing is indeed a gift. Maybe you choose to hear things all wrong from your "best" ear, and this is why people are always accusing you of deliberately misunderstanding them? Just asking, y'know.....

I've never worked in a noisy environment..but an unexpected sound will make me prick up my ears - that is if the dogs haven't started barking at it before

Carol, My mum took hers out because she couldn't hear through it!

Lee, The sound of silence is good.

Severe thunderstorms making sneak attacks is a rather disturbing thing. One of the most amazing sights I can remember seeing was coming upon a mile-wide swath of white one bright and sunny day around Happy, Texas. Yes, that is an actual small town around 60 miles south of Amarillo, and that white swath consisted of hailstones piled up to a foot deep. They had been deposited by a very fast-moving storm that had traveled through from west to east a couple of hours before I went through while heading south to Plainview.

Hail! Good grief we have sunshine here. There is a new deafness now, everyone wearing headphones and not noticing anything or anyone around them! Getting trodden on in the street because they can't hear cos of head phones and can't see cos they're txting.

Jerry, You get lovely weather in the States! I notice the hurricanes had been passing through again.

Mo, Of course I forgot about headfones and headdown! Deaf & blind!

I grew up around weaving mills. The noise of a hundred looms thundering around you is truly immersive, and an outsider is overwhelmed.
But the people who worked in that environment carried on conversations soundlessly. Everybody lip-read.
Despite signs everywhere, and foam ear-protector dispensers at regular intervals in the weaving shed, people refused to wear protection. My dad's idea, which the company reluctantly took up, as it was expensive, was to buy a crate of noise attenuating radio headphones, so then.... everybody would have a silent sing-along.

Soub, Les Dawson used to make much of that lip reading in his act!
The museum has a look from Courtaulds, one of hundreds that once deafened the locals.